Some of Detroit's historic buildings have been vacant for decades. Over the past few years, independent hoteliers and lifestyle brands have stepped in to transform the dated buildings into first-class hotels.

Detroit’s hotel industry is hitting a new stride, with developers and some of the industry’s top brands moving into spaces that have housed historic fire stations, warehouses, and manufacturing firms. Many of the projects are full-service boutique or lifestyle hotels, for which the building façades of Downtown Detroit, which date back to bygone eras, are perfectly suited in style.

The following HVS Market Pulse article looks at some of the city’s recently completed hotel renovations, as well as the most prominent hotel projects on the way.

A New Era for Detroit Hotels 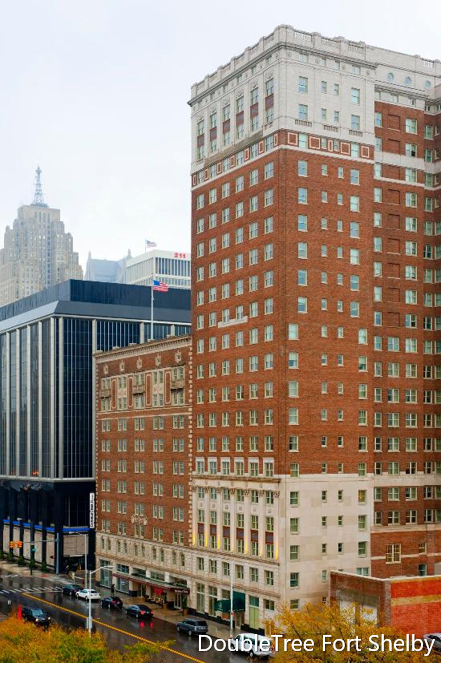 the intersection of Lafayette Boulevard and First Street. The former Hotel Fort Shelby, named after a British fort that once stood nearby, first opened its doors in 1917 and was listed on the National Register of Historic Places in 1983. In 1927, the 21-story addition designed by architect Albert Kahn (architect of other notable buildings in Downtown Detroit such as the Fisher Building, Cadillac Place, and the Detroit Athletic Club) was added. The multi-year renovation, starting in 2006 and ending in 2008, cost roughly $90 million.

The Westin Book Cadillac Detroit, located at 1114 Washington Boulevard, was originally developed by the Book Brothers and opened in 1924 as the Book-Cadillac Hotel. Its build cost was $14 million, and upon its opening, the hotel was the tallest building in Detroit and the tallest hotel in the world. The Westin subsequently operated as the Sheraton-Cadillac Hotel from 1951 to 1976, as the Radisson-Cadillac Hotel from 1976 to 1979, and as an independent from 1979 until it was closed in 1984. The property remained vacant before reopening, after two years and $200 million in renovations, in October 2008.

Next on the list of recent historic building transformations is the Aloft Detroit at The David Whitney. The David Whitney Building, built in 1915 and named after a wealthy Detroit lumber baron, is located at 1550 Woodward Avenue within the Grand Circus Park Historic District on the northern edge of Downtown Detroit. The building was originally designed in a Neo-Renaissance style with a façade of terracotta and glazed brick, a common feature of older buildings still standing in Detroit. The Aloft’s $92-million renovation began in March 2013 and was completed in December 2014.

The redevelopment of Detroit’s historic buildings into hotels is continuing, with three projects announced and at various stages of development in Downtown Detroit. 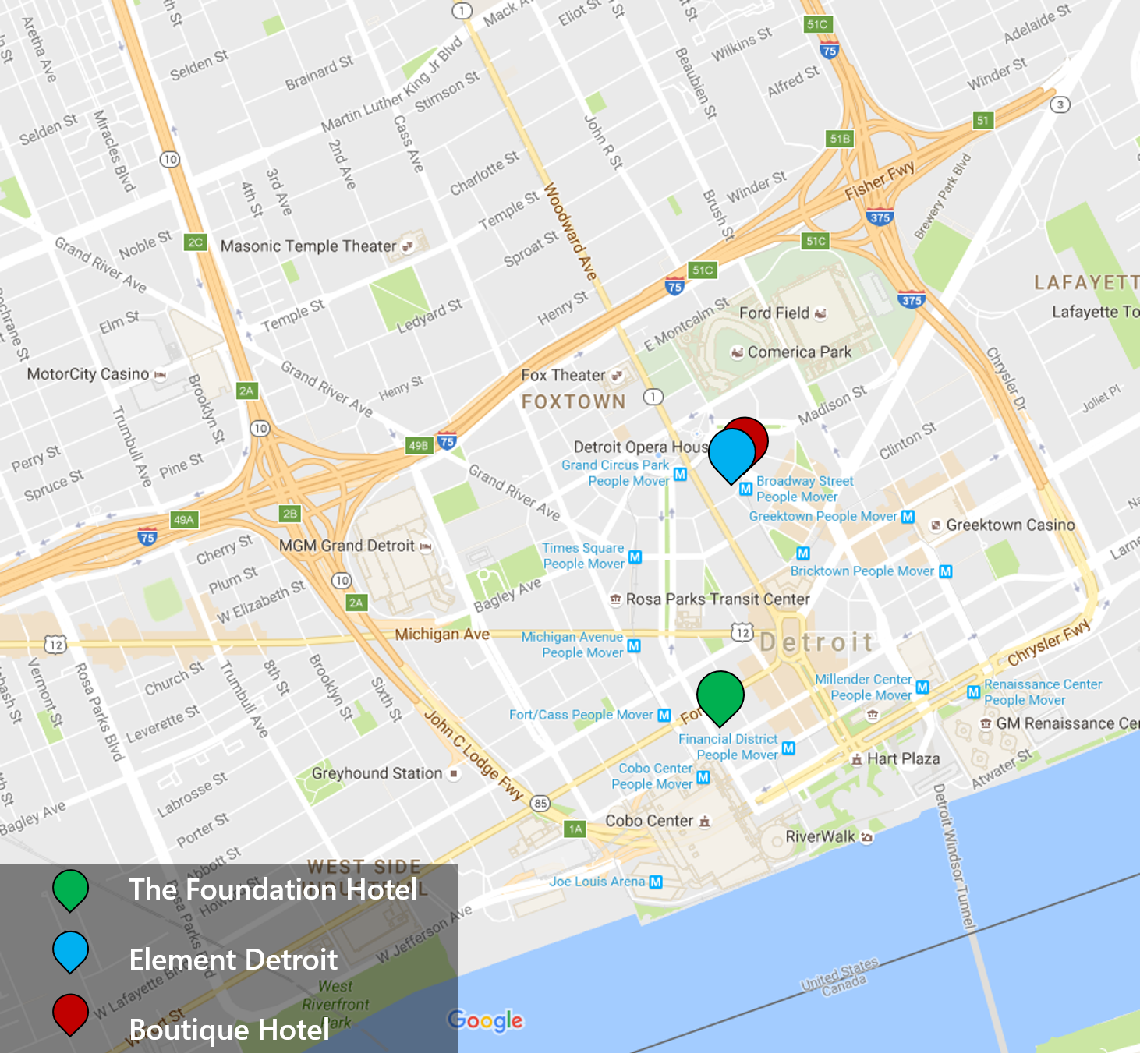 The Foundation Hotel, located at 250 West Larned Street and across from the Cobo Center and the Crowne Plaza, will be a 100-room boutique hotel. Aparium Hotel Group is leading the $28-million redevelopment of the historic Downtown Detroit Fire Department Headquarters and Envy Lounge, both of which date back to the 1920s, into a hotel. The former Fire Department Headquarters building will house the hotel’s guestrooms, lobby area, restaurant and lounge, and back-of-the-house space, while the adjacent Envy Lounge building will contain additional guestrooms and lobby space.

Downtown Detroit’s Metropolitan Building (also known as the “Jeweler’s Building”), located at 33 John R. Street, has stood vacant for just short of 40 years. The 15-story building, originally completed in 1925, is set to become the Starwood-branded Element Detroit, with an anticipated opening in July 2018. Plans for the 100,000-square-foot building’s transformation into the 110-room Element extended-stay hotel include 2,000 square feet of meeting space on the second floor, 7,000 square feet of retail on the ground floor and lower level, and a rooftop patio.

Lastly, there is the Wurlitzer Building, built in 1926 at 1509 Broadway Street. Designed in Renaissance Revival style, the 14-story building once housed the famous Wurlitzer Co., which made pianos, organs, jukeboxes, radios, and musical instruments. On March 26, 1982, the last of its tenants moved out, and the building has remained vacant ever since.

ASH Design, the Brooklyn-based design group behind a number of nationally renowned hotels, is redeveloping the former Wurlitzer building, notorious around Detroit for its crumbling façade, into a boutique hotel. Moving forward, ASH Design plans to open the 106-room hotel with a rooftop lounge and street café in early 2017, spending at least $21 million in the process.

The Foundation Hotel, the Metropolitan Building, and the Wurlitzer Building account for just over 300 of the roughly 2,600 guestrooms set to open in Greater Detroit in the next two years. Most of the new supply comes in the form of the limited- and select-service product types in Metro Detroit, while the aforementioned redevelopment of historic buildings into full-service hotels is centered in the city’s downtown core.

The latter hotels are expected to provide a much-needed advance for average rate in Detroit, which has lagged behind the nation’s other top 25 markets for years. Altogether, the interest in hotel development, especially of top-tier full-service product, is a gleam of renewal for the city’s hospitality industry.

Some of Detroit's historic buildings have been vacant for decades. Over the past few years, independent hoteliers and lifestyle brands have stepped in to transform the dated buildings into first-class hotels. %%ViewCount%% Views Comments
Share:
Subscribe To Newsletter