Over the two-day event, industry experts gathered to share their opinions on a wide variety of ownership, management, branding, lending, and economic topics. 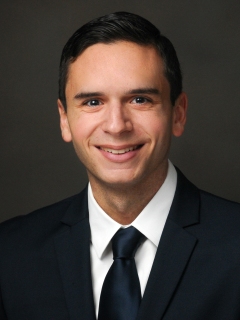 Manhattan’s Marriott Marquis once again welcomed the most prominent leaders in the hospitality industry for the 2017 NYU International Hospitality Industry Investment Conference, held June 5 and 6. Over the two-day event, industry experts gathered to share their opinions on a wide variety of ownership, management, branding, lending, and economic topics. Despite uncertainties in today’s global political and economic climates, the overall tone remains one of cautious optimism.

A Call to Action

No time was wasted skirting around discussion of the current White House administration, with conference chairman Jonathan M. Tisch’s keynote discussion addressing the industry’s primary concerns head on. Mr. Tisch initiated a call to action for industry participants to become actively engaged in the current political discourse, citing the threat of “A Second Lost Decade.”

Leading contributors to this threat include the United States’ lagging infrastructure and outdated airports, compared to other leading nations, as well as foreign policy issues such as the widely publicized travel ban. Although travel statistics usually lag several months, Mr. Tisch cited anecdotal evidence that the perceived travel ban has already had an impact on foreign travel counts, and pointed to the fact that the United States ranks outside the top 20 in nations with the highest perceived “openness to travel.” The largest contributor to this threat, however, is the Trump administration’s proposed budget, which would eliminate all funding of Brand USA. 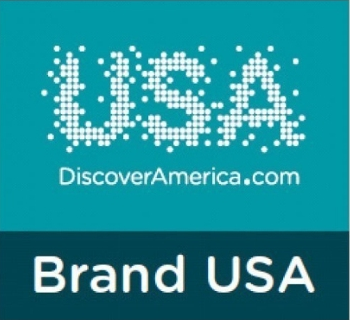 Brand USA is the United States’ travel marketing organization, with an estimated total economic impact of $8.9 billion per year and a $1.2-billion tax revenue contribution annually. Sentiments that the current policy propositions of Washington stand to hurt the travel industry were reverberated throughout morning sessions of day one. Katherine Lugar of AH&LA and Katie B. Fallon of Hilton also took strong positions on the importance of maintaining Brand USA’s funding, while industry CEOs also spoke to the importance of infrastructure improvements going forward and the importance of maintaining that America is “open for business.” Ms. Fallon, a former White House Director of Legislative Affairs and head of the White House Office of Legislative Affairs under President Obama, remained optimistic that Brand USA stands to regain its stake in the White House budget, citing it as a bipartisan issue with undisputed ROI in the face of the numerous partisan issues that presently challenge Washington.

The State of the Current Cycle

Amanda W. Hite, President and CEO of STR, presented the latest available year-to-date data on the U.S. lodging industry, highlighting that the nation has experienced 86 consecutive months of positive RevPAR growth. In the trailing-twelve-month period through April 2017, nationwide RevPAR increased 3.1%. Demand growth outpaced supply increases only modestly through this period, however.

Following up Ms. Hite’s presentation was HVS’s own President and CEO, Stephen Rushmore, Jr. Mr. Rushmore spoke to expectations in value trends, citing that no significant market-influenced appreciation in value is expected for several years.  Thus, owners that are looking for the market to give them significant value appreciation will need a holding period of another eight to ten years. Rushmore noted “It’s too risky to assume the market is going to give you upside, so owners need to think about ways to create value at the asset level.” He also spoke on HVS’s updated Hotel Valuation Index. Overall, U.S. hotel values are forecast to remain relatively flat in the three-year period from 2017 through 2019. Cities anticipated to register above-average value increases are largely the tertiary markets like Wilmington, DE, and Cleveland, OH, where supply growth has been restrained. Below-market performers are affected by oversupply, and that includes Portland, Seattle, and Denver. HVS forecasts overall U.S. RevPAR growth of 2.5% in both 2017 and 2018, followed by an increase of 2.8% in 2019.

Following a U.S. overview, Mr. Rushmore reflected on the market climate in New York City, specifically, which is expected to register the largest increase in supply for the U.S. over the next few years. Although demand levels in New York City continue to grow in line with supply increases, average rates have declined in recent years given operators’ response to increased competition. HVS predicts RevPAR recovery for the New York City market in late 2020. While supply continues to grow at record levels in select top-25 markets, such as New York, many secondary markets are poised for continued strengthening and RevPAR growth given solid demand fundamentals and a lack of similar supply increases.

Throughout the conference, hotel operators were tasked to provide their prediction on the remaining length of the upcycle, but challenged that we may continue to experience a state of prolonged, modest recovery for many months to come. It remains difficult to point to any one indicator for industry performance, whether it be CPI, GDP, number of travelers, or the likes, though a consensus existed among many panelists that corporate profits maintain the strongest correlation to the performance of the hotel industry.

The transaction market continues to be strong, and the select-service product remains at the forefront of investor interest. Although challenges exist in the current market for construction financing, debt remains available in large quantities and at competitive prices for existing assets, with lenders readily available to leverage stable, positive cash-flow hotels. Industry experts anticipate a return in select-service portfolio sales for 2017 and 2018, as these products continue to deliver high margins with relatively low volatility for investors. REITs are also expected to return to the buying market over the next 12 to 18 months, after a largely dormant period in 2016.

As has become customary in recent years, NYU served as a platform for several new brand reveals. The continued expansion of brands is largely viewed by leaders as a mitigation strategy for the next down-cycle, which brands seeing the benefit of scale in diversifying risk.

After its reveal of a new four-star brand (Scion) at last year’s conference, Trump Hotels announced the addition of a three-star hotel chain, American Idea, to its portfolio. The brand is expected to fall into STR’s midscale or upper-midscale chain segment, and is anticipated to target flag conversions for existing midscale hotels. Trump Hotels also announced Cleveland, Mississippi, as the first location of its Scion brand, with plans to announce four additional locations in the following months.

InterContinental Hotels Group (IHG) also teased at the upcoming reveal of a new midscale brand, which will be formally announced at the company’s upcoming IHG Americas Conference, to be held in Las Vegas June 19–21. The brand is expected to fill a void in the company’s transient portfolio down the chain scale from the Holiday Inn Express, serving as a counterpart to the extended-stay Candlewood Suites.

Wyndham Hotel Group and Hard Rock Hotels also announced brand expansions. Wyndham will launch a soft brand, Trademark Hotel Collection, following the success of other hotel companies in recent years, such as Marriott and Hilton. Hard Rock’s brand, known as Reverb, will operate on a select-service platform. The brand is anticipated to play off the company’s existing music-centric-themed properties.

The tone of the event can be summed as comforting with modest, steady growth projected to continue. Although the growing supply pipeline remains at the forefront of concerns for front-line operators, industry leaders reiterated the importance of other more macro-oriented factors that could affect the health of the long-term landscape, particularly surrounding the current domestic and international political environments. Overall, however, the long-term industry outlook remains healthy.

Over the two-day event, industry experts gathered to share their opinions on a wide variety of ownership, management, branding, lending, and economic topics. %%ViewCount%% Views Comments
Share:
Subscribe To Newsletter