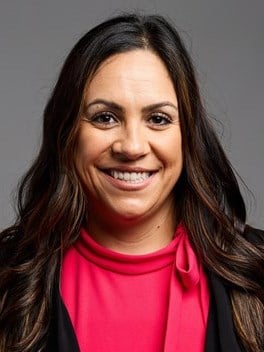 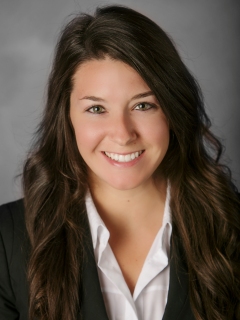 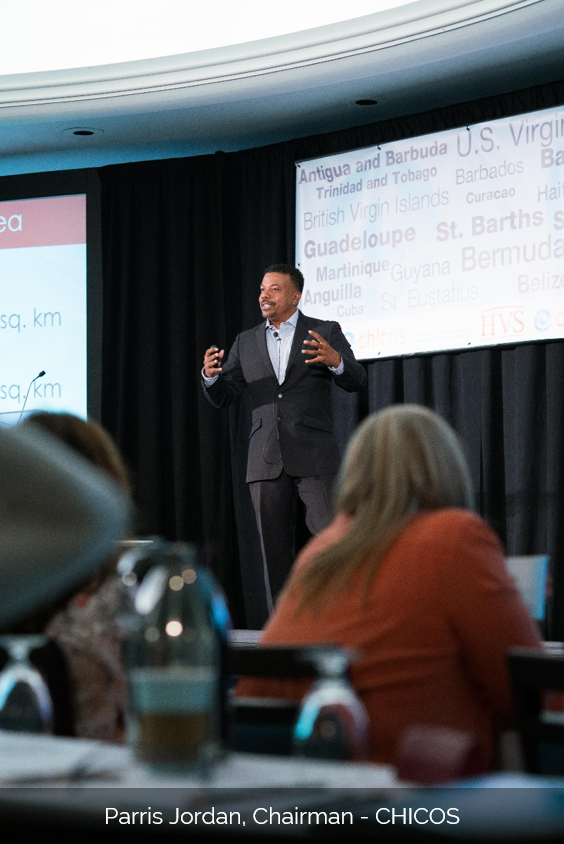 With U.S. and global attention focused on the Caribbean region following two record-breaking hurricanes that hurled through the region in September, the timing of CHICOS less than two months later opened the door to educated conversations within our industry. Interestingly, the dialog was hardly identifiable with the sensationalist news headlines and misrepresentations in the media that the Caribbean is somehow pulverized, as the 2017 Atlantic hurricane season winds down. Rather, attendees agreed that there is a need to educate the public on the geography of the region, and conversations delved into other directions including lender reactions, new design and code regulations, the effect on investor behaviors and holding periods, operational expenses, and capital improvement opportunities, among others.
While last year’s CHICOS experienced a similar “buzz” because of its November date, just one day after the U.S. presidential elections results were announced, the hot topics of last year regarding the impact of the election and, more notably, the impact of the Zika virus, were virtually unmentioned just one year later. Less predictable than its neighboring U.S. hotel market, the Caribbean hotel market is ever changing and keeping hoteliers on their toes. The 2016 CHICOS was neutral to slightly positive in tone; however, the 2017 CHICOS sentiment was markedly more positive despite the new challenges that have developed. Seemingly unbothered, industry leaders agreed that to be able to stomach events like Zika and hurricanes, investors must be in it for the long haul; not for the faint-of-heart, where some stakeholders wane in the face of uncertainty associated with a dynamic market such as the Caribbean, but the risk/reward stakes are raised for those with patient money. A few key takeaways from this year’s conference are presented below. 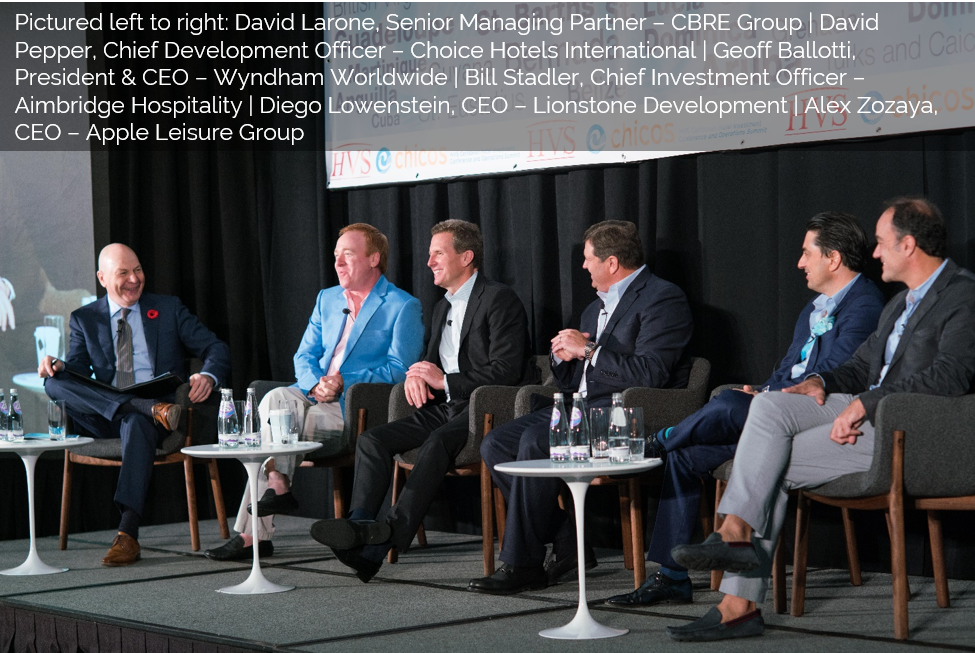 Despite the intense hurricane season, hotel owners and operators have a positive outlook on the future of the Caribbean region given its resiliency.

While the impact and conversation surrounding the mosquito-borne Zika virus continued to decline through 2017, the Caribbean was fraught with a new challenge: the record-breaking 2017 Atlantic hurricane season. While both Hurricane Irma and Maria devastated certain islands and many iconic resorts in the region, speakers wanted to get the message out to both visitors and investors that the Caribbean is open for business. Of 32 island nations, just seven were significantly affected (three quite severely). Leaders emphasized the importance of educating the public on the geography of the region and that each island is unique and should be marketed individually. The notion that the entire Caribbean region was devastated is incorrect, as more than 75% of the region was unaffected by the hurricanes but by the immediate wave of cancelations and bookings, leaving hotel rooms unoccupied and inbound revenue absent.
However, on the positive side for the affected resorts, insurance funds will provide hotel owners the opportunity to carry out capital expenditures, modernize, and renovate while they are closed. Given the pipeline of new projects in the Caribbean, these resorts will reopen in better condition and be more market competitive than previously. Despite the challenges primarily associated with Zika perceptions in 2016, RevPAR increased in every month for six months leading up to September. Increases were registered across most metrics, including overall visitor arrivals, total revenue, demand, supply, occupancy, ADR, and RevPAR.

Source: STR
We delve deeper into this topic in The Impact of the September 2017 Hurricanes on the Islands of the Caribbean. 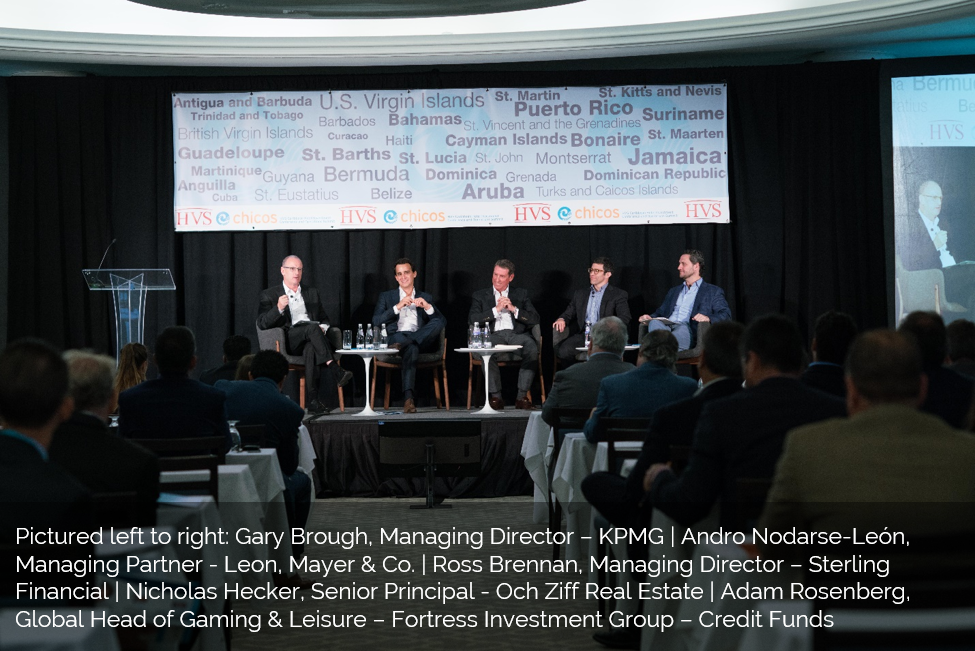 Increased visitor arrivals and the robust development pipeline has notably shifted focus to the all-inclusive product.

Continued increases in airlift and demand have provided developers with opportunities for new projects in the islands. Construction is taking place in almost every major island and, per STR, construction is up 25% from 2016, with 43% of this new inventory in the luxury tier. Not surprisingly, some of the region’s most populous island nations, the Dominican Republic and Jamaica, dominate the 2017 development pipeline with all-inclusive resort development given the value proposition associated with these resorts. The all-inclusive inventory continues to grow with the recent openings of a 454-room Riu in Montego Bay, a 457-room Secrets in Cap Cana, and a 150-room Breathless in Montego Bay, as well as the recent announcements from Karisma Hotels on the development of 500 rooms in Cap Cana, from Playa Hotels regarding the development of 750 rooms in Cap Cana, and from AMResorts on the development of 600 rooms in Punta Cana. However, despite the continued boom in the all-inclusive segment, many industry leaders also see an opportunity to build in the select-service and midscale space given recent consumer preferences trending to the select-service segment and the lack of this inventory on many of the islands. Furthermore, the increasing presence of low-cost airlines opens Caribbean travel to a wider customer base. 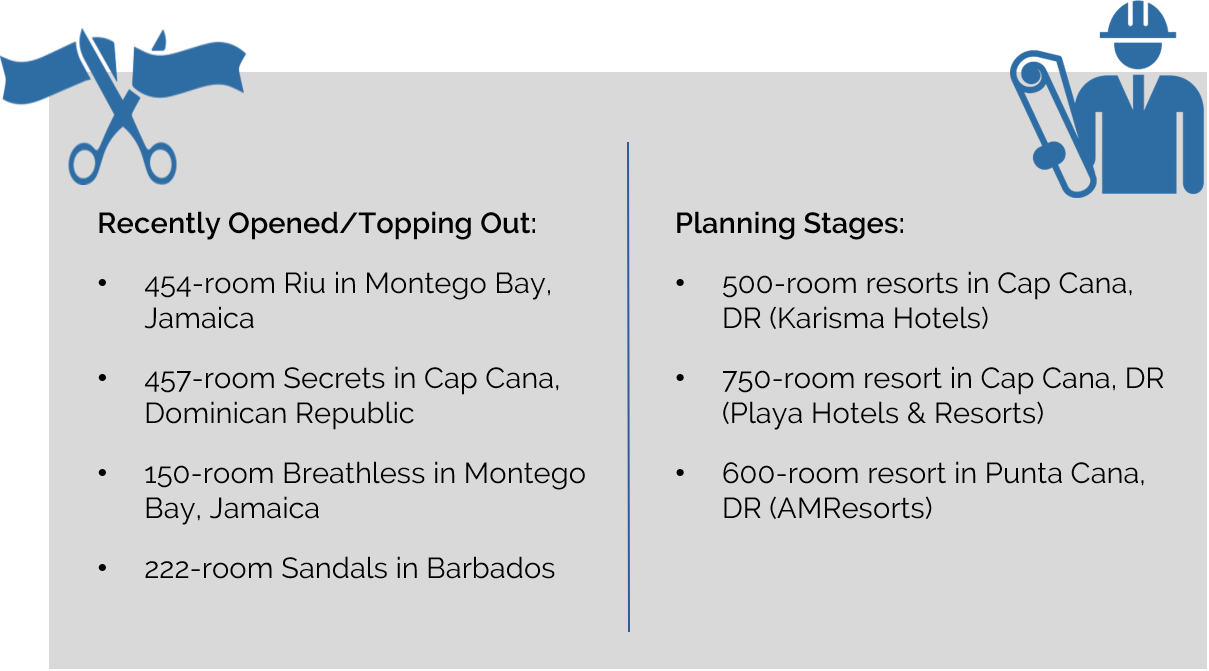 Source: HVS
Additionally, continuing with the theme of new supply and changing consumer preferences, one of the most notable panels included representatives from Airbnb and Expedia, and although hoteliers may oftentimes see them as the enemy, they are options that customers chose as part of their overall travel experience. Despite that Airbnb is competition, per Shawn Sullivan, Public Policy, Caribbean and Latin America Airbnb, Airbnb recently included boutique hotels in their booking platform, providing this option to boutique hoteliers to sell their inventory. And per Hari Nair, Global Senior Vice President Expedia Media Solutions, Expedia sees itself as a technology company that provides consumers with a hotel marketplace and access to customer reviews. But what was clear from this panel is that both companies are focusing their efforts on taking care of the consumers entire experience, making memories for the customers, and using technology to do so in a way that customers can choose the booking mechanism that works best for their travel needs.

The Caribbean hotel financing landscape is maturing, and capital is available through creative financing for sponsors if key criteria are met. 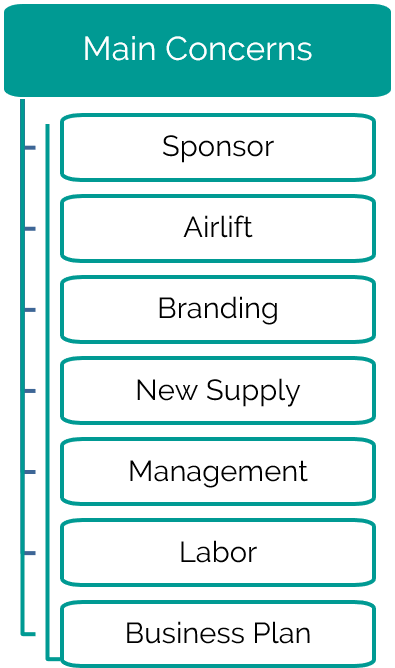 While conventional lending from regional banks continues to be limited, the region experienced significant increases in lending activity and capital infusion from alternative sources in 2017, particularly from institutional equity sources for power-play deals, such as KSL and KKR’s acquisition of Apple Leisure Group/AM Resorts and the Playa Hotels & Resorts merger. High-net-worth individuals and increasing interest from foreign investment from Asia and the Middle East are also factors at play. Our Financiers’ Outlook panel, consisting of capital providers active in the region, noted higher confidence levels this year over last year, despite recent events coupled with the late stage of the real estate cycle. The Caribbean hotel financing landscape continues to mature, evidenced by several factors. In addition to unprecedented levels of institutional equity capital for major projects in 2017, the Caribbean is experiencing a robust pipeline and healthy levels of transactions (i.e., increased liquidity), as well as improved market performance fueled by the growth of feeder markets, and capital markets continue to remain rational, with sponsors bringing significant equity to the table when seeking debt. Because of the risks inherent to Caribbean hotel investment, financiers advise that investors must ensure that several important criteria are met to succeed in acquiring financing. Strong sponsorship, location, and airlift capacity are key, and branded hotels are more apt to receive funding than independent ones. Other considerations include the impact of new supply, competency of property management, availability of labor, and a strong overall business plan. 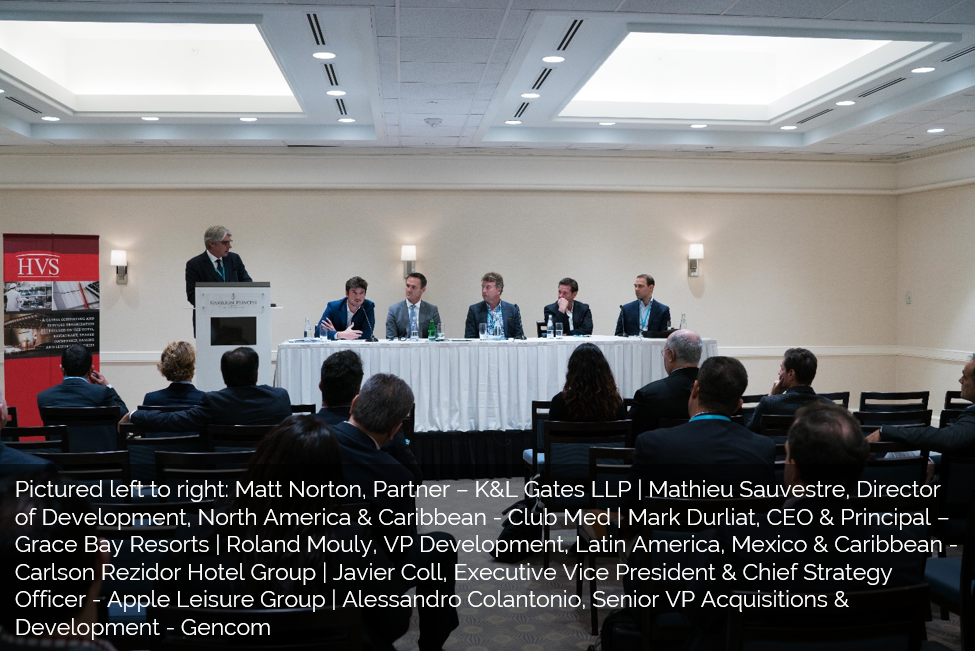 The resiliency of the Caribbean hotel market has been demonstrated particularly well over the last few years. The negative impact of Zika is largely over, as market hotel performance metrics exhibited consistent improvement beginning in the first quarter of 2017. While the region has more recently been challenged by an atypically hyperactive Atlantic hurricane season, affected hoteliers expect to come out of it better off, as aging product is forced to undergo renovations. Meanwhile, the pipeline is robust (particularly in the all-inclusive segment), transaction activity is healthy, and the lending environment has been more active and consistent in 2017 than in years past. From both an investment and visitation standpoint, the Caribbean is open for business. 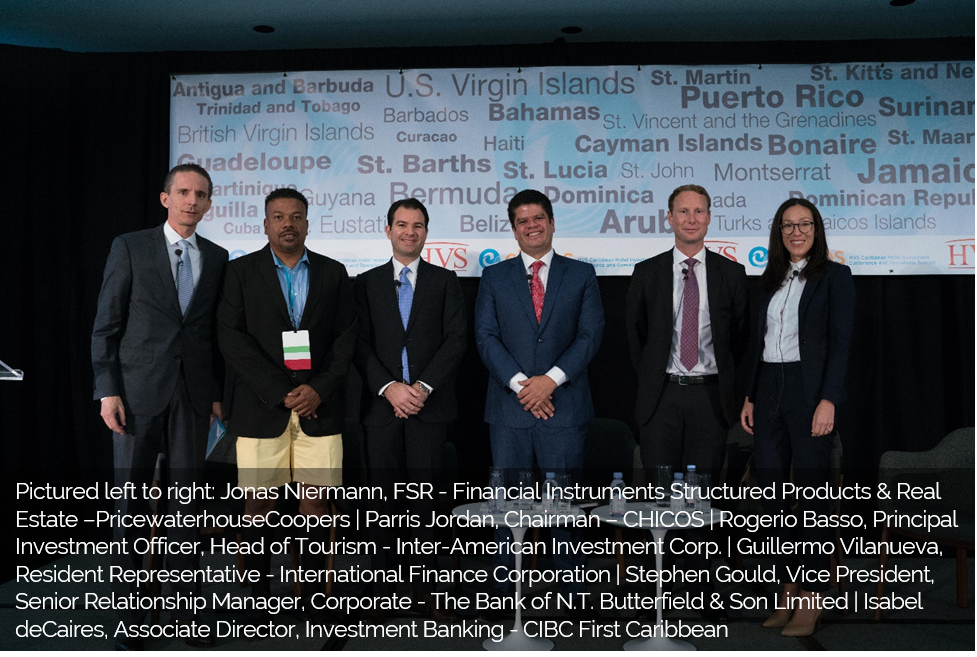 Kristina D’Amico is a Director in the HVS Miami office. Her expertise spans consulting and valuation for both existing and proposed hotels and resorts throughout South Florida, the Caribbean, and Latin America. Kristina’s significant international consulting and appraising experience includes assets in the Caribbean Basin across 17 Caribbean islands, as well as the Riviera Maya region of Mexico and various countries in Latin America. In particular, due to her creative thinking abilities and her skill with complex projects, she has an extensive background in consulting and valuation of proposed and existing all-inclusive resorts, as well as mixed-use resorts with a residential component. She is a state-certified general real estate appraiser and is working through the final requirements for her MAI designation. Contact Kristina at (305) 338-0354 or [email protected].