The Reciprocal Value of City Development

Major developments in the Fort Worth area are drawing new patrons to the office, retail, and lodging markets, breathing new life into the city “where the west begins.” 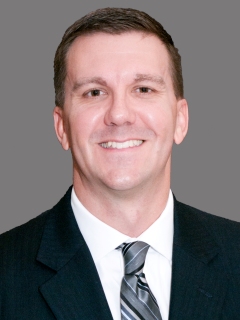 A relatively strong economic cycle is stirring things up in Fort Worth, marked by a significant increase in convention activity, robust retail and industrial markets, and major capital improvements in and around the city’s downtown. These activities and future development projects mean good things for Fort Worth’s office, retail, and lodging markets, which, in their turn, bring good things back to the city itself.

Office-space occupancy levels decreased slightly during the first six months of 2007 yet still remain above 85%, with 1.2-million square feet absorbed over the past two years. A large tenant move-out and renovation of the Two City Place office tower in Fort Worth’s Central Business District (CBD) accounted for the majority of the unusual second-quarter increase in vacancies. In 2006, Moody’s Investors Service ranked the Fort Worth CBD office market first among 46 across the U.S. The market’s future seems favorable as it enters a growth stage, whose signs include the renovation of seven multi-tenant properties totaling over 700,000 square feet, as well as several proposed high-profile office developments in the CBD.

The development of lifestyle centers and mixed-use projects are key components of the retail construction pipeline as the demand for new enclosed malls continues to decline—a situation true not only in Fort Worth, but in many other metropolitan cities as well. The 500-acre Alliance Town Center in North Fort Worth is well into its first phase of construction, with stores such as JCPenney and Hobby Lobby already open for business. When fully complete in 2009, the Town Center will feature over 1.5 million square feet of retail space, 90,000 square feet of office space, various medical and restaurant establishments, an upscale residential community, and a 130-room hotel. Monterra Village, the 130-acre residential component of the Alliance Town Center, is being marketed as a mixed-use urban village featuring swimming pools, pet parks, and other community amenities in a 100% smoke-free environment. The River Plaza is a new mixed-use development set along the Trinity River in the Fort Worth University district. Scheduled for completion in 2010, the project will transform the area adjacent to the Fort Worth Zoo into a 320,000-square-foot hub of retail, restaurants, office space, and residences, entities that have heretofore been absent from this area of Fort Worth.

Major commercial and residential developments have breathed new life into the Downtown Fort Worth area. Projects such as the $435-million Trinity Uptown Plan and Central City Project generated considerable momentum in the late 1990s, and other major projects during the last several years have solidified Downtown Fort Worth’s position as a first-class city. There is even more potential on the horizon. The Trinity Uptown plan is expected to generate $2 billion in economic activity and provide more than 16,000 permanent jobs over a 40-year period, according to the Trinity River Vision Authority. Trinity Bluff, a 30-acre mixed-use development northeast of downtown, will feature 2,200 residential units as well as various retail and restaurant options. The Carnegie, a 16-story office building in Downtown Fort Worth's Sundance Square, is also under construction and will open with over 280,000 square feet of Class A office space in late 2008. Furthermore, a number of vacant or deteriorating office buildings have recently been renovated and converted to upscale condominiums, apartments, and townhomes. Most notably, the Texas & Pacific (T&P) Terminal Lofts and T&P Warehouse projects added over 200 condominium units, 300 apartment units, and over 50,000 square feet of retail and office space to the downtown area in 2006. According to the Fort Worth Star-Telegram, 914 owner-occupied units and 1,035 rental units are scheduled for completion in the near term. The latest residential market study shows a 90 percent occupancy rate for second-quarter 2007—a 6.2 percent rise from the same period a year ago.[1]

Downtown Fort Worth’s lodging market is poised for a rebirth following major renovations to the Hilton, Renaissance, Embassy Suites, and Courtyard by Marriott. In addition, the conversion of the Fort Worth Plaza Hotel to a first-class Sheraton is underway and slated for completion by year-end 2008. Presently, 35 percent of the city's downtown hotel rooms are considered “high-quality,” and 86 percent are projected to achieve this standard by year-end 2008.[2] Two chief catalysts have prompted this revival: the $75-million renovation and expansion of the Fort Worth Convention Center in 2003, and the construction of the neighboring Omni Fort Worth Hotel, which will open in fall 2008. This full-service, upscale hotel will feature over 68,000 square feet of flexible meeting space, including the 18,788-square-foot Texas Ballroom.

Convention-related growth is plain to see with 45 conventions, up from 34 in 2005, bringing over 550,000 total delegates to Fort Worth in 2006.[3] The city's convention business should benefit enormously from the opening of the Omni Hotel and the recent overhauls of existing hotel properties. David DuBois, recently named President and Chief Executive Officer of the Fort Worth Convention and Visitors Bureau, is focused on drawing national attention to Downtown Fort Worth’s growing expanse of tourism and meeting products. The Fort Worth Star-Telegram reports that, shortly after being hired, DuBois immersed himself in the area by living at hotels downtown in order to “experience the city from a visitor's viewpoint and examine Fort Worth's strengths as a tourist destination.” This act speaks to his dedication as a city official in ensuring a dynamic inflow of tourists, conventioneers, and lodgers.

Fort Worth continues to grow and adapt in the 21st century. Mayor Mike Moncrief is committed to the revitalization of the downtown area and the growth of the city as a whole. This revitalization, anchored by the Trinity Uptown Plan and Central City Project, the forthcoming Sheraton and Omni Fort Worth hotels, and the overall residential boom, will help bolster Fort Worth’s renewed position as a world-class city and the place “Where the West Begins.”

Major developments in the Fort Worth area are drawing new patrons to the office, retail, and lodging markets, breathing new life into the city “where the west begins.” %%ViewCount%% Views Comments
Share:
Subscribe To Newsletter