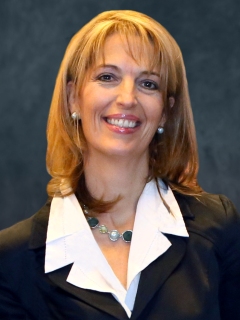 An airport terminal hotel is a lodging facility that is physically attached to an airport, either integrated into the terminal or connected via a walkway so guests can walk to the hotel from the airport without having to rent a car or use an airport shuttle. At present, four such properties exist in Canada, and most appear to significantly outperform their respective airport lodging markets.

A hotel attached to an airport is in a unique situation to capture demand. It is the first hotel that travellers might consider when they are stranded at an airport because of a flight cancellation or an overbooking, as it does not require additional travel by shuttle, bus, or rental car to stay there. Airport terminal hotels are often used as a hub for corporate meetings in which business people fly in from different locations. This reduces the costs and complications involved in trying to obtain transportation away from the airport, and the airport location has fewer distractions than a downtown property.

The following are the primary factors that contribute to the success of airport terminal hotels:

Our research shows that, in addition to the hotels near the airport, airport terminal hotels compete strongly with the downtown hotels within a given market.

So why don't we all go out and acquire airport terminal hotel properties? They are rarely sold and highly coveted. In Canada, there are three new airport terminal properties currently in the development pipeline, at the Montreal Airport, the Halifax Airport, and the Edmonton Airport. Allegedly, the bidding process has been very competitive. Perhaps we need to build more airports.

Monique Rosszell is a Senior Managing Partner of the Toronto and Montreal offices of HVS. Upon attaining a bachelor's degree in economics from Queen's University, she subsequently enrolled in the Master's program in Hotel and Restaurant Management at the Ecole Hoteliere de Lausanne and then attained both her AACI and her MRICS appraisal designations in Canada. She also offers litigation and expert witness support, speaks at numerous conferences, and is a trusted advisor within the lodging industry. Contact information for Monique Rosszell: Phone (416) 686-2260 ext 23 Email: [email protected]