The evolution of the golf in China has been dramatic. What are the long and short term prospects for golf in China? Look for our insights into industry status and an understanding of the prospects for the future growth of golfers and golf facilities. 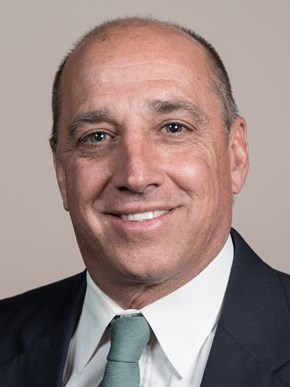 The evolution of the golf markets in China has been dramatic over the past several years. This evolution, coupled with the prospects of economic growth, the global economic recession and the overbuilding of the golf markets in North America, bring an allure to the prospects for golf in China. For those in the golf industry that were not the early adapters in China, many are now investigating the possibility of business growth in China. The burning questions tends towards the prospects for golf in China, both in the long term and in the short term. This article is meant to provide insights into the status of the industry and to provide an understanding as to the prospects for the future growth of golfers and golf facilities in China.

Previously banned by the old Communist Party, the ancient game originated in Scotland is burgeoning in the new China. The first modern golf course in China opened in 1984 , and while the exact number of golf courses in the country is difficult to accurately determine, estimates on the number of existing golf facilities in China total between 200-300.

In April and May of 2003 in Beijing, during the SARS epidemic, people avoided crowded indoor areas. The end result was that the allure of fresh air on the golf course became very desirable. Many of the locals in Beijing point to that moment as the turning point in the general acceptance of the game. Prior to SARS, golf was generally regarded as an ideal leisure activity by the country club set and many businessmen.

The emergence of a middle class in China, along with the large urban density in many Chinese cities, has brought an appeal which is beginning to attract a much wider audience. The game is now popular in Beijing, Shanghai and the coastal cities, and is fashionable and is driven by the newly rich. The Chinese now refer to the game as 'green opium', alluding to its instant popularity.

With the popularity of the game in the major cities and resort areas, it is not surprising that the majority of the golf courses in China are located in three metropolitan areas. Roughly one third of these courses are located in the Beijing and Shanghai metropolitan areas, one third in Guangdong province and the remaining one third scattered throughout the rest of the country, with a predominance of these in the coastal regions.

Economic liberalization in China and its creation of a new elite, coupled with foreign businessmen from other parts of East Asia, the United States, and Europe, spurred a frenzied development of courses, especially in southern China. This is despite a rarely enforced Ministry of Land and Resources ban on permitting new golf course construction in 2004. This ban arose from concerns about the unauthorized transfer of arable land by local governments to developers. While the ban is still technically in effect, local governments continue to approve projects, especially those that intend to use wasteland and areas not suited for farming purposes or development.

While SARS may have contributed to the popularity of the game, the growth of golf in China is currently being fueled by the massive wealth generation that is occurring throughout China. Golf in China is primarily accessible only to the elite in China. While the middle class holds the potential for growth, the affordability of the game remains a significant challenge. The estimates of the middle class in China are based around an annual income of between $3,000 to $9,000 US. With Green fees in China more expensive than in the United States and most of the rest of the world, this level of income does not provide the disposable income necessary to produce avid golfers based upon current rates. What this segment does provide is the opportunity for many of the Chinese middle class to learn the game at the driving range. The ability of these golfers to progress to the golf course will be limited by their income.

As noted, local demand at the golf courses is generated primarily through corporations and the upper class in China, although tourism and resident expatriates provide additional demand. Because of the high land costs and the heavy impetus the Chinese place on status, the prerequisites for the growth of affordable golf in China are not in place. While there may be less expensive land in the more rural areas, there may not be sufficient presence of corporations and sufficient income levels to facilitate development. These circumstances dictate growth in the sport is inevitably linked to the growth in China's upper class, and the accumulation of wealth. The rate of growth in the number of upper class Chinese is the critical path to the growth in the game of golf.

Golf participation rates have not been fully developed for China. Various reports and articles provide anecdotal estimates of between 100,000 and 1,000,000 golfers in China. This is an extremely small percentage of the total estimated population of over 1.3 billion.

Based upon a review of the economics of the golf courses in Beijing, we have developed some rudimentary estimates of the number of golfers in China. According to the Boston Consulting Group, in their report titled, The Growth of Wealth in China, as of October 2008, the growth of wealth in 2007 was 27.8% in local currency, and 36.8% in USD terms. The 2007 estimate was that there were 391,000 households in China that were millionaires in USD, an impressive growth rate of 34%, up from a growth rate of 19% between 2002 and 2006. According to the Hurun Report, a Chinese online magazine, in their 2009 China Rich List, there are 143,000 millionaires in Beijing, or around 36% of all Chinese millionaires. With an understanding of the number of millionaires in Beijing, our analysis turns to understand the golf market in Beijing, and how the two may be correlated.

Our research shows that courses in Beijing on average host about 30,000 rounds. Estimates of the average play per golfer were not available, but in the United States, the overall average tends towards 20 rounds per golfer, while avid golfers average closer to 50. Because golf in China is centered around business, the dynamics of actual golf play are somewhat less than in the United States. We have estimated the average golfer in Beijing plays around 17 rounds per year during a nine-month season. In total we have estimated that there are about 123,000 golfers in Beijing. While we do not know for certain that these are the same people, the numbers correlate well, and are similar for other areas of China. While a meaningful statistical analysis has not been completed, the data indicate that the number of golfers in Beijing is highly correlated to the number of millionaires in Beijing. This also makes sense due to the high correlation of corporate and business play at the golf courses, as well as the high costs of the game in China.

The market is obviously very dynamic, and most of the projections for the continued growth in wealth were made in advance of the current global financial crisis. Thus, it is likely that the projections are optimistic. Contrarily, it is clear that the majority of the gains in personal income are accruing to the few in the upper income categories. This suggests the majority of the gains will be in the upper class, and whatever wealth generation does occur, should favorably impact demand for golf.

While the overall participation rates are very low in comparison to the United States, and many western countries, the number of golfers per course is not likely to be significantly different. Relying on this metric, and based upon the inventory of golf course in China, HVS Golf Services has estimated that there are about 564,000 golfers in China, with about 39% of those in Beijing and Shanghai.

While our research indicates that the market in Beijing currently has excess capacity, our understanding is that other markets are similarly positioned, the real question remains, how fast will the creation of wealth offset any excess capacity.

Returning to an analysis of wealth generation, over the next five years, Boston Consulting Group estimates that the number of Chinese millionaires could more than double to 858,000. The logical conclusion is that this increase in wealth would likely result in a doubling of the demand for golf in China as well.

The following table illustrates some estimates in regards to the projected demand for golf in China in the coming decade. Because the financial health of the golf courses are dependant on the number of golfers, the market can become diluted quickly. This occurs if economic growth fails to generate new millionaires with the economic capability of playing the game, or if social or political elements influence the actual play rates of the golfers. The analysis illustrates the projected increases in demand based on a high and a low growth rates of millionaires. Based upon this analysis, we would estimate that China could support a minimum of about eighteen new golf courses a year for the coming five years, and up to fifty eight new golf courses each year.

While the prospects for growth in golf courses is significant, it is dependant on the continued creation of wealth in China. The ultimate driver of golfer as well as golf course development will lie in the ability of China to maintain its dynamic growth in wealth.

While golf development has been focused on the high end of the market, the Chinese middle class provides a significant opportunity to develop practice facilities as well as alternative golf courses. If alternative courses can be affordably built, the demand for play will be significant. The lack of tradition and conformity of golf in China may in fact be advantageous, and provide the catalyst for development of alternative golf concepts. There have been a large number of alternative concepts floating around in the United States, but these ideas typically have difficulty gaining traction, primarily due to the expectations of the golfers as well as the availability of quality regulation facilities. As these factors do not exist in China, the burgeoning middle class provides an ample opportunity for the evolution of the alternative golf course. Whether or not this evolution becomes a reality, the future of the game in China promises significant growth opportunities and significant speculation in the coming years.

Darius Hatami is Managing Director of HVS Golf Services, headquartered in Boulder, Colorado. For over twenty years, he’s has been devoted to appraisals and consulting assignments for golf, club and resort related real estate. Darius has directed assignments in Canada, Mexico, the Caribbean, Europe, Asia, the Middle East and throughout the U.S. for international lenders and owners such as Lehman Brothers, Deutsche Bank, Barclays Capital, Club Corp, Four Seasons and CNL. Properties appraised include Pinehurst Resort, Turtle Bay Resort, The Yellowstone Club, Ko Olina, La Quinta Resort, the Maroon Creek Club, Fairmont Turnberry, and Kapalua. In addition to appraisal, his expertise encompasses strategic, financial, residential, membership and economic planning, as well as integrating the golf and club assets with residential and resort aspects of master planned communities. He is a frequent speaker on the international golf and development industry topics relating especially to the valuation of and investment in golf courses, clubs and resort real estate developments. For more information please contact: [email protected] 303 301-1126

The evolution of the golf in China has been dramatic. What are the long and short term prospects for golf in China? Look for our insights into industry status and an understanding of the prospects for the future growth of golfers and golf facilities. %%ViewCount%% Views 2 Comments
Share:
Subscribe To Newsletter