Corpus Christi’s economy is buttressed by tourism, an expanding international port of shipping and trade, and an energy industry that has realized enormous growth over the past few years. How have improving economic conditions affected area hotels? 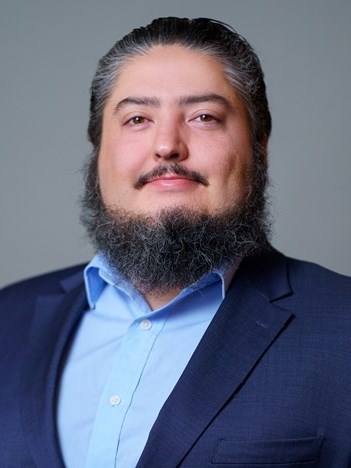 Corpus Christi, also known as the “Sparkling City by the Sea,” is one of the nation’s largest seaports and the largest city on the South Texas coast. Discovered by the Spanish in 1519 and incorporated in 1852, Corpus Christi has become a regional hub for the marketing, processing, packaging, and distribution of agricultural commodities. The city’s other key industries include petrochemicals, tourism, healthcare, retail, education, shipping, and the military. The following article explores how these diverse economic drivers converge to create demand for Corpus Christi’s hotels.

Petrochemical Sector
Oil and gas concerns, which have long been a crucial component of the Corpus Christi economy, have boomed in recent years with increased global demand for energy. The Corpus Christi Regional Economic Development Corporation estimates that the formation known as the Eagle Ford Shale (EFS), whose economic impact extends over 120 miles, has created more than 65,000 jobs, including 13,000 in Corpus Christi. Rapid growth in the production of crude oil at the EFS has prompted many companies to build and modify pipelines to transport the oil from Corpus Christi to markets around the world. In December of 2012, NuStar Energy and ConocoPhillips signed a long-term pipeline and terminal service agreement that will expand NuStar’s South Texas pipeline system to accommodate ConocoPhillips’ increased crude oil production at the EFS. This agreement will include the construction of a private dock with refinery attachments at the Port of Corpus Christi to facilitate transportation of the crude oil.

The influx of workers associated with EFS has created a boom in lodging demand for hotels along the corridor spanning from Corpus Christi to San Antonio, and the need for workers at intensive oil and gas operations is expected to extend over a period of ten to twelve years. The graphic below illustrates the range of energy-exploration activity across the EFS. 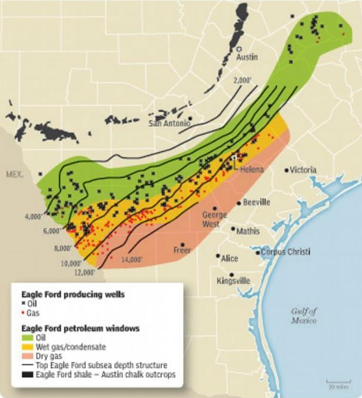 Many foreign companies are setting up operations around the port. Tianjin Pipe (TPCO) broke ground on a $1-billion manufacturing facility near the Port of Corpus Christi in Gregory, Texas in 2011; the project is scheduled to be completed in phases by the end of 2014. In September of 2012, M&G Group, an Italian plastics company, purchased land to build a $1-billion facility over the course of 30 months in Corpus Christi. Along with the hundreds of permanent jobs that these facilities are anticipated to create upon opening, local economic development officials expect that their development will bring more than 4,000 construction workers to the market over the next three years.

Tourism
The Texas Gulf Coast’s warm climate and miles of shore, sights, and attractions draw “winter Texans,” spring breakers, and families and couples throughout the year. Seasonal leisure demand, driven mostly by visitors to the beaches of North Padre Island and Mustang Island, supports Corpus Christi hotels during the spring and summer months. Attractions such as the Texas State Aquarium and the USS Lexington also generate leisure demand for the Corpus Christi hotel market.

Prefabrication of parts for a planned Schlitterbahn Waterpark & Resort began in late 2012 in New Braunfels, Texas, where the resort company opened its first park. This $41-million resort will comprise a 65-acre water park with lodging facilities, golf courses, and restaurants. The new park is part of a $552-million master plan that will eventually include a marina in Lake Padre, as well as new hotels, condominiums, and single-family homes. Schlitterbahn gained a $117-million incentive agreement with the City of Corpus Christi to begin construction on the park by the end of February of 2013. The resort is scheduled to open in March of 2014 and expected to generate significant lodging demand for surrounding hotels.

Hotel Performance
With the growth spurred by the EFS and other development projects in and around Corpus Christi, lodging demand in the area has increased significantly. Occupancy declined in the market from 2007 through 2009, concurrent with the economic downturn that affected hotel markets nationwide. The escalation of operations at the EFS helped occupancy levels begin to recover in 2010; occupancy hit a new peak in 2011, with continued growth through most of 2012. Average rates for Corpus Christi hotels have been rising as well.

Two Corpus Christi submarkets have shown especially notable growth in demand, occupancy, and average rate. Occupancy in the northwest section of the city, which encompasses seven limited-service hotels proximate to the oil refineries and other oil-and-gas support services, bottomed out in 2009 at 45.5%; by year-end 2010, occupancy finished at 54.6%, rising to 72% in 2011, and continuing to reflect modest growth through 2012. After a period of stagnancy during the recent recession, average rates for this submarket started to improve in 2011, registering in the mid-$90s in 2012. The boom in energy production, which resumed in 2010, was the driving force behind the recovery of hotel performance in this submarket.

Another Corpus Christi submarket that demonstrated remarkable performance gains comprises eleven limited- and full-service hotels around State Highway 358, close to Corpus Christi’s downtown. While not as dramatic a rise as the northwest hotels noted above, this second selection of properties experienced significant rises in occupancy and average rate compared with other similar markets across the nation. The Highway 358/Downtown submarket (also known as the “Spid” or South Padre Island Drive corridor) has the advantage of being near several demand generators, such as the various hospital systems, tourism attractions, and the Port of Corpus Christi; demand from these sources helped keep occupancy for nearby hotels from dropping to the levels realized in the northwestern portion of the city, which depends so heavily on demand from energy companies. The more central hotels ended 2009 with an average occupancy level of 59%. In 2010, occupancy finished at 66.9%, reached 72% in 2011, and experienced slight growth continuing through 2012. From 2006 to 2011, average rates fluctuated between the high $80s and low $90s, moving into the high $90s in 2012.

1The Local and Regional Impacts of the Port of Corpus Christi.” Prepared by Martin Associates. http://www.portofcorpuschristi.com/images/pccpdfs/EconomicImpactStudy/Economic_Impact%202010_2.pdf

Brian Arevalo, Senior Vice President with HVS, is the leader of the HVS Chicago office. Brian earned his masters degree from The University of Texas at Austin’s McCombs School of Business. Brian’s prior work in hospitality includes roles in hotel operations and corporate finance. In addition to work in Chicago, he contributes to and helps manage engagements throughout the Midwest, including markets such as Indianapolis, Columbus/Dayton, Cincinnati, and Louisville, among many others. Contact Brian at (817) 680-7666 or [email protected].

Corpus Christi’s economy is buttressed by tourism, an expanding international port of shipping and trade, and an energy industry that has realized enormous growth over the past few years. How have improving economic conditions affected area hotels? %%ViewCount%% Views 3 Comments
Share:
Subscribe To Newsletter