How Financing Costs Are Impacting Transactions

Commercial real estate financing, particularly related to the hospitality industry, has been in a state of flux as the pendulum of the economy swings towards a correction. This article describes the state of the current hotel lending environment in the U.S. 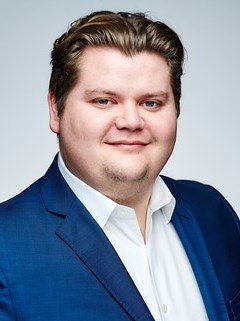 Commercial real estate financing, particularly related to the hospitality industry, has been in a state of flux as the pendulum of the economy swings towards a correction. At the start of the year, many lenders were coming back to hospitality, and the general sentiment for both investors and lenders was bullish. In late February 2022, the war in Ukraine drove increases in the prices of oil and goods that started to shift the global economic outlook, which many lenders and hotel investors cautiously watched, uncertain of the impact this would have on the U.S. economy.

Meanwhile, inflation in the U.S. was trending outside of the Federal Reserve target of 2%. By January 2022, inflation reached 7.5% domestically, resulting in the Federal Reserve increasing the federal funds rate, which was near zero in January, by 25 bps in March. This rate hike would be the first of many implemented in 2022, which, as of the most recent Federal Open Market Committee (FOMC) meeting on November 2, marks six increases that totaled 375 bps in eight months.

In hotel financing today, lenders across the board are requiring higher debt coverage ratios than they were at the beginning of this year. Combined with the higher all-in interest rate for new loans, the higher coverage requirements result in loan proceeds coming in below borrower expectations. We have seen instances where buyers had to come in with more cash for down payment or owners had to inject additional equity when refinancing. Moreover, appraised values, being subject to a specific point in time, have declined given recent transactions with lower bid prices as buyers have attempted to solve for their targeted yields with consideration of rising debt costs.

We are currently in a period of price discovery, with a mismatch of seller expectations based on sales activity in the first half of 2022 and buyer expectations accounting for the current and forecast interest rate increasing materially by the time a transaction closes in 60 to 90 days. Additionally, lenders have reduced the loan-to-value (LTV) ratio on loans as more stringent underwriting inherently limits the purchase price of hotels.

The size of the active lender pool has shrunk as many lenders opt to remain on the sidelines and wait for a better read on the direction of U.S. economy. Today’s borrowers have found themselves having to go outside of existing lending relationships and, in most cases, beyond their home market in search of active lenders. This new trend has caused an elongated transaction timeline given the longer financing contingency period.

Beyond the increase in interest rate, the execution cost has also significantly increased. The cost for interest rate cap often required for floating rate loans has increased considerably in the current interest rate environment. For the same term and strike rate, the cost has increased almost ten-fold when compared to last year. In hospitality, floating rate loans are often used to provide leverage on transitional, non-stabilized assets. Despite the strong recovery occurring in many markets and segments of the industry, many hospitality assets are still considered transitional from a loan underwriting standpoint, as they have only a limited historical operating period with a profitable bottom line.

The bridge lending sector of hospitality has been hit particularly hard. Bridge lenders will typically leverage their capital to solve for their desired investment return. With many of the A-note providers out of the market, bridge lenders are seeing their cost of capital increase, and the interest rate charged to borrowers of bridge loans has increased in turn. The combination of higher interest rates and execution costs has made floating-rate bridge products an expensive option. Without meaningful downward adjustments to the purchase price, it would almost be impossible to make a new acquisition pencil out using a bridge loan.

Given the rising cost of capital, lenders and borrowers have become more open to creative financing solutions that holistically make an investment worthwhile. Increasingly considered in the capital stack is PACE financing or ground leases, which can maximize investor returns when senior lenders are only able to contribute at lower leverage levels near 50–60% LTV, down considerably from the historical average of 65% to 70% LTV. The lower leverage levels are typical for all lenders, including commercial banks, life companies, debt funds, CMBS (commercial mortgage-backed security) loan providers, and CLO (collateralized loan obligations) originators.

As with all deals, the details matter. Although these debt products can be used to increase the overall leverage, they also add complications to the deal. For example, when financing new construction and recently completed hotel projects, PACE financing may be a viable option; however, this program is only available in certain markets as offered by the municipality. Furthermore, owners are only able to get additional leverage through a ground lease structure in cases where permissible by the senior lender.

Overall, when comparing the current capital markets condition with the global financial crisis (GFC) of 2007/08, there is one stark difference. While during the GFC, there was a complete financial market shutdown, including the credit market, in today’s market, there is still abundant liquidity.

Hospitality, as an industry, continues to show steady recovery since the onset of the COVID-19 pandemic. The strong growth in leisure demand and an earlier-than-expected return of group demand have filled most of the void from the weakened corporate travel demand.

We believe the current dislocation in the credit market will be short-lived. Lenders today are approaching new financing opportunities cautiously given the perceived headline risk. Real estate requires a long-term perspective, and in the mid-term, lenders active within hospitality should shift their perspective to focus on the fundamentals of the market, the merits of the deal, and their relationship with the sponsor.

In the meantime, despite being more expensive, hotel financing is available through local and regional banks, private lenders, investor-driven debt funds, and CMBS originators.

This article was originally published in HOTELS Magazine on November 23, 2022.

Brad Hoban is a Vice President for HVS Capital Markets who serves an array of hospitality clients with origination, structuring, and placement of debt and equity capital solutions, primarily in Florida and across the Southeast. He joined the team in 2021 after several years with HVS’s Consulting & Valuation division. Brad formerly worked as an auditor with Ernst & Young within the real estate segment for public REITs and private funds, which encompassed a variety of assets including residential, commercial, and industrial properties. His experience in hospitality includes projects with Hyatt Hotels, Preferred Hotel Group, and Entertainment Cruises. Brad earned a BS in Hospitality & Accounting from DePaul University and holds a Certification in Hotel Industry Analytics (CHIA). He is a state-certified general appraiser working towards achieving the professional designation of Member Appraisal Institute (MAI). Contact Brad at +1 (773) 809-0101 or [email protected]. 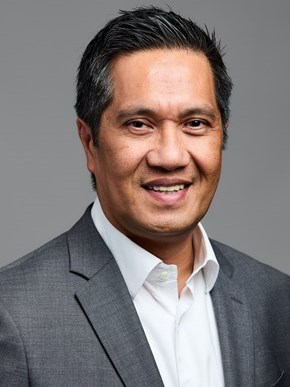 Emil Iskandar, Senior Vice President of HVS Capital Markets, is responsible for the origination, structuring, and placement of debt and equity capital solutions. Prior to joining HVS, Emil was a Director at Marcus & Millichap, where he was responsible for securing debt and equity financing for full-, select-, and limited-service hotels, as well as resort hotels and golf courses nationwide. Earlier, he was a Vice President at HVS Capital Corp. He began his real estate career with Jones Lang Wootton Asia-Pacific. Throughout his career, Emil has worked with investors ranging from large multinational institutions to family offices. He has completed origination, structuring, and placement of debt and equity capital transactions across all facets of commercial, residential, lodging, and leisure properties. Contact Emil at 1-720-231-3927 or [email protected].

Commercial real estate financing, particularly related to the hospitality industry, has been in a state of flux as the pendulum of the economy swings towards a correction. This article describes the state of the current hotel lending environment in the U.S. %%ViewCount%% Views 1 Comments
Share:
Subscribe To Newsletter