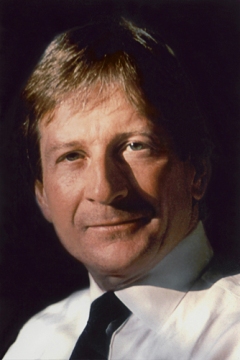 Mr. Lynn founded the asset management division of HVS in 1996 and has been involved in the hospitality industry for more than 30 years. He has participated in the development and management of more than 200 hotel assets with a value exceeding $2.5 billion. He currently serves as President of HVS Asset Management & Strategic Advisory practice, based in San Francisco.

Prior to forming the asset management division of HVS, Mr. Lynn was Vice President of Richfield Hospitality Services and was responsible for the expansion of Richfield’s hotel portfolio throughout the western region of the United States. During his tenure, he identified and consummated more than 20 hotel transactions. He received the President’s Award for outstanding service to the client and community in 1993, and in 1994 the San Francisco office was recognized as the top producing development office in the Richfield system. He also served as asset manager for the Flagship resort in Atlantic City, New Jersey and the asset was selected as hotel of the year under his leadership in 1991. Prior, he served as Vice President of Operations for Brilyn,Inc. in Cincinnati, Ohio, and played a pivotal role in the management and rapid expansion of this privately held hotel development and management organization. During his tenure the company expanded from 4 to 13 hotel assets and Lynn was responsible for the daily operations of all hotel assets.

Previously, Lynn was senior vice president of Parkmount Hospitality Corporation based in Dallas, Texas and was responsible for the management of 15 hotel properties located throughout North America and Hawaii. Mr. Lynn holds a B.S.B.A. from Xavier University in Cincinnati, Ohio and is a member of HAMA (Hospitality Asset Managers Association).

1989 to 1996:
RICHFIELD HOSPITALITY SERVICES, INC.
San Francisco, California
Vice President, Hotel Development
Had complete responsibility for the operation of Richfield's western division hotel development office, based in San Francisco. This office was totally responsible for the expansion of Richfield's hotel portfolio throughout the western region of the United States. During this five-year period, the San Francisco office identified and consummated more than twenty hotel transactions. In 1993, Lynn received the President's Award for outstanding service to the client and community and in 1994 the San Francisco office was recognized as the top producing development office in the entire Richfield hotel system.

FLAGSHIP RESORT
Atlantic City, New Jersey
Asset Manager
Was fully responsible for the strategic planning, asset management and day-to-day management of the Flagship Resort located on the Boardwalk in Atlantic City, New Jersey. Managing this complex, 32-story $62-million asset owned by Westinghouse Credit Corporation consisted of reporting to four disparate ownership groups that were involved in the project. Working on site, Lynn and the Flagship management team managed the daily operations of the facility and concurrently negotiated four separate, but interrelated, management agreements designed to satisfy the investment parameters of all investment groups. In addition to overseeing the strategic planning and management of the asset, Lynn and his management team met monthly with the boards of directors of the four respective ownership groups to provide progress updates and gain input and guidance from the boards.

1985 to 1989
BRILYN HOTEL CORPORATION
Cincinnati, Ohio
Vice President, Director of Operations
Played a pivotal role in the management and rapid expansion of this privately held hotel development and management organization. During his tenure, the size of the core hotel holdings tripled from four hotel properties to thirteen properties. In addition to his active involvement in expansion-related activities, Lynn was responsible for product positioning, capital improvement programs, budgeting, marketing, profitability and all operations. He developed and implemented the total range of operational and marketing systems and programs necessary to effectively manage and monitor the day-to-day operations of the company. Additionally, he met with and communicated with the various investment groups and partners involved in the company and conducted regularly scheduled partnership meetings to assure that the financial objectives of all of the investors were being achieved.

1978 to 1985:
PARKMOUNT HOSPITALITY CORPORATION
Dallas, Texas
Senior Vice President, Director of Operations
Was responsible for the management of fifteen hotel properties located throughout North America and Hawaii. These properties were a combination of company-owned and client-owned facilities. In addition to the total operational responsibilities for the hotel portfolio, Lynn was responsible for all client relationships, meetings and communications.

Vice President, Western Division
Responsible for all business activities and expansion of the Rodeway Inn franchise organization throughout the Western Region of the United States and Canada.

Regional Director, Eastern Division
Responsible for operational and marketing support, maintenance of quality standards, and ownership relationships for forty-six franchised properties located throughout the Eastern Region of the United States.

President's Award - 1993
Honored as one of six Richfield employees (selected from 13,000 employees) to receive the coveted President's Award "In Recognition of Extraordinary Acts of Service To the Customer and Community."

Hotel of the Year Award - 1991
Selected from 90 hotels under Richfield management to receive this distinction as a result of the tremendous financial and operational improvements realized at the Flagship Resort in Atlantic City.