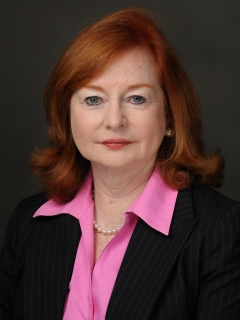 Dorothy A. Jennings is Executive Vice President of HVS and assistant to Stephen Rushmore. In that capacity, she is involved in the day-to-day management of the New York office including associate and administrative recruitment, annual employee reviews, sales and marketing, and public relations. As “gatekeeper” to Rushmore, she serves as client liaison. She is Secretary for the HVS Board of Directors.

Prior to joining HVS, she served as vice president of InterBank/Brener Hospitality, the lodging group of InterBank Capital Partners, a leading advisory firm servicing the hospitality and lodging sectors. The group provided real estate advisory and marketing services and debt and merger acquisition support.

During her tenure with Stephen W. Brener Associates, she traveled extensively in the Loire Valley in France where Brener had acquired a 16th century chateau. She was directly involved in its refurbishment and ultimately, entertaining hospitality clients on a regular basis at this venue.

She began her real estate career as Manager of the Hospitality Division of Helmsley-Spear, Inc. where she was one of the first women hotel real estate brokers.

In her 35 years of involvement in this prestigious event, one of her greatest accomplishments is raising millions of dollars in sponsorship and patronage donations directed towards scholarships and academic initiatives for students of the Tisch Center of NYU. She serves as a member of the Advisory Board for the Preston Robert Tisch Center for Hospitality, Tourism and Sports Management. NYU has named a room at their new location in honor of Jennings.