Japan recently registered one of the most devastating earthquakes in recent history, followed by a tsunami and a severe emergency situation at a nuclear power plant. What are the implications for the Japanese Hotel and Tourism Industry? 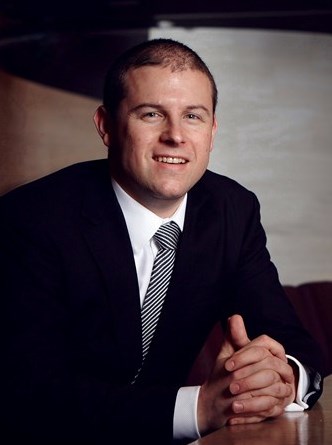 On behalf of all working at HVS, we extend our deepest sympathies to the country of Japan and to all who have been touched by these tragic events.

What the Future could Bring for the Japanese Hotel Industry

Japan recently registered one of the most devastating earthquakes in recent history, followed minutes later by a tsunami of incredible destruction, numerous aftershocks and a severe emergency situation at a nuclear power plant. The loss of lives and damage to the economy has not been fully assessed as yet. However, hoteliers have to look ahead and navigate the challenging times to come. Some observations from other disaster zones might give clues as to the future hotel demand for the Japanese hotel industry.

First, we will classify the three types of disasters Japan and certain areas within Japan are facing: earthquake, tsunami and nuclear incident.

Earthquake: The tremors of the 9.0-magnitude Tōhoku earthquake on 10 March 2011 were felt across wide parts of Honshu Island. The epicentre was located a short distance off of the western coastline in the Pacific Ocean, some 370 kilometres northeast of Tokyo. The tremors were felt more than 2,000 kilometres away in Taiwan, Beijing and Shanghai and numerous, including very strong, aftershocks over the following days and weeks kept the Japanese population rattled. The magnitude of the earthquake caused severe damage to buildings and infrastructure in areas along the western coast. Many buildings collapsed and officials closed down the elevated highway system; Japan’s legendary bullet train service was suspended. Comparisons to the earthquake of 1995 in Kobe have been made. However, engineers and the authorities have learned a great deal from this most tragic disaster and numerous revisions and new practices established thereafter limited the level of damage caused by the recent earthquake. The damage was made well visible through television images documenting burning refineries and a gas storage facility in the greater Tokyo area. The impact on the Tokyo population was also psychological due to many aftershocks, and physical with a shortage in food, water and electricity. Areas further north along the coast were much harder hit. Here, many houses collapsed and fires spread. Without a doubt, there has been a significant loss of life and economic damage. Tragically, this damage was overshadowed by what struck land a few minutes after the earthquake.

Tsunami: As a result of the depth and magnitude of the earthquake and nature of the tectonic shift, a giant wave spread throughout the Pacific, inundating 470 square kilometres of coastal land in Japan alone, leaving behind an area of devastation. Cars were tossed like toys and ships were planted on top of houses. Most wooden structures were swept away. Residents who acted fast enough sought higher ground or moved to the upper floors of more sturdy, concrete buildings. The potential number of casualties and those still missing exceeds 20,000. Notably, the area of devastation is limited to a relatively narrow stretch of Honshu’s western coast and reaches no more than 6 kilometres inland.

Nuclear incident: Located proximate to the earthquake’s epicentre and directly in the path of the tsunami, the Fukushima nuclear power plant registered several severe incidents following the breakdown of its electricity generation capacity and backup power generators. As a result, the cooling of the exposed and overheating nuclear fuel rods became a top priority for the plant operators. Several explosions and fires aggravated the situation. Radiation had been released and water contaminated. At the time of this article the full extent of the damage and level of potential contamination remained unclear.

The three disasters impact hotel demand patterns differently. We categorise them as short-term, long-term and systemic.

All three incidents have short-term impacts on demand. In the case of an earthquake, budget to upmarket hotels that emerge undamaged can actually register an increase in demand. Displaced residents, companies assuring expatriate executives’ safety and well-being, insurance workers, and emergency, disaster relief and humanitarian workers all drive demand over a period of a few days to several months. Opportunities to maximize yields exist selectively. In numerous cases, such as the Sichuan earthquake or tsunami that hit Phuket, the base demand in the market registers a decline. The nature of the hotel market, the hotel’s location within the disaster zone and its type largely determines which effect dominates demand patterns.

The short-term impact of a tsunami can be compared to an earthquake; however, the disaster zone is generally smaller yet more severe. Thus, the number of affected properties would be smaller, compared to an earthquake where wider-area infrastructure damage is the driving force. The type of construction and building design in an area hit by a tsunami will also influence the damage incurred. Notably, a typhoon’s or hurricane’s impact generally ranks between a tsunami and an earthquake; at the extreme, they can match a strong earthquake’s disruptive force. However, the damage can generally be repaired.

The short-term impact of a nuclear incident is correlated with the contamination threat level. As evidenced in Japan, the exodus of expatriates and some local residents includes individuals that have a limited vested interest in their home or are not willing to take any chances.

The longer-term impact of natural disasters is related to declines in base demand. For example, Phuket after the December 2004 tsunami, Chengdu after the 2008 earthquake and New Orleans after Hurricane Katrina in 2005 faced a recovery period of several years to rebuild their respective tourism industries. Damage to infrastructure disrupts base demand in the short term and depending on the speed of reconstruction as well as the psychological impact through media coverage, lowers destinations’ appeal and restricts them in attracting demand. Savvy destination marketing with a well-conceptualised and often capital intensive campaign on numerous levels is required to restart the industry. Earthquakes usually have a larger impact on infrastructure than tsunamis.

The long-term impact of a nuclear incident again correlates with the level of contamination or threat thereof during the incident. A well-publicised incident that posed a significant risk at the time, but which did not cause any contamination could easily stigmatise a destination, limiting the economic and tourism appeal and thus reducing base demand levels for a prolonged period.

The systemic impact of a disaster is usually a physical one. A terrific force that destroys the core attraction of a destination would be such a case. Earthquakes, volcanoes, climate change and nuclear contamination are likely events that bear the greatest potential for systemic damage, uprooting an entire hotel market. Fortunately, not many natural disasters of such scale have occurred in the recent past and most destinations have been able to rebuild in the long run.

How is the Hotel Industry Coping?

Looking at the map of Japan, it is mainly the northeastern Honshu and the greater Tokyo metropolitan area that have been impacted by the earthquake and tsunami. Southern Japan and Hokkaido are open for business and offering great vacations.

The greater Tokyo area has been subject to power conservation measures and, as a result, several leisure facililties closed. Tokyo Disney Resort reopened April 15 after around one month of suspended operations. Visitation levels have been affected, with more than 500,000 cancelled hotel reservations according to the Japan Tourism Agency in Tokyo alone. The group segment typically takes the longest time to rebuild, as international tour operators and meeting planners are managing the risks associated with visits to Japan. Leisure demand is likely to remain soft throughout the summer as individuals adopt a wait-and-see approach of visiting Tokyo. The corporate segment has been most resilient, but also registered a decline in demand. Local food and beverage demand has recovered and hotel restaurants are doing good business again.

Operators reacted to the events in different ways. The Shangri-La Hotel in Tokyo closed its doors for about three weeks, reflecting the decline in visitor arrivals to Japan and booking cancellations, power conservation and risk assessment for employees. The Mandarin Oriental Hotel Tokyo closed most of its food and beverage outlets for energy conservation.

Despite the Cherry Blossom Season in full swing visitor arrivals are in steep decline and hotels register only modest occupancy levels. These are indeed stern times for Japan's tourism industry.

Daniel J Voellm, Managing Partner HVS Asia-Pacific, is based in Hong Kong and has provided advice in all major markets across 23 countries and territories in the region. Daniel Voellm started his career at HVS in the New York office; as Vice President at the global headquarters, he conducted a wide range of appraisals and market studies as well as underwriting due diligence services in 22 US states and in Canada. Daniel brings a strong understanding of the hospitality industry to HVS. His experience in hotel and food and beverage operations in Germany, Switzerland, England and the USA is complemented by an Honours Bachelor of Science degree from Ecole Hôtelière de Lausanne in Switzerland. Daniel works closely with key institutional and private owners of hotel properties, financiers, developers and investors, and has gained a strong understanding of their investment requirements and approaches to assessing the market value of investment properties. Daniel further advises on property and concept development and strategy.For more information please contact, [email protected]

Japan recently registered one of the most devastating earthquakes in recent history, followed by a tsunami and a severe emergency situation at a nuclear power plant. What are the implications for the Japanese Hotel and Tourism Industry? %%ViewCount%% Views 4 Comments
Share:
Subscribe To Newsletter