Asheville is recognized as a premier tourist destination in the Southeast U.S., and its growing and changing lodging landscape continues to reflect this Blue Ridge city’s popularity.

In 2017, Asheville attracted roughly ten million visitors who spent nearly $2 billion at local businesses, with approximately 40% of travelers requiring overnight accommodations. The city has always been a popular regional destination given its outdoor activities, temperate climate, arts culture, and kitschy downtown. In recent years, it has become better known for its foodie culture, thriving music scene, and offering of microbreweries, with about 50 small and large brewing operations throughout the city. With the city landing on the list of top destinations in numerous publications in recent years, it has become more of a destination for travelers from across the country. Most recently, Asheville was ranked #8 on Condé Nast Traveler's "The Best Small Cities in the U.S." It was also named to Travel + Leisure's list of "Top 15 Cities in the United States," and was on Forbes' list of the "15 Coolest Places to Go in 2018." For those who trek to this small town in western North Carolina, the city does not disappoint, and travelers are returning again and again to visit favorite familiar attractions and to try something new.

Source: RomanticAsheville.com
The 8,000-acre Biltmore Estate remains one of the city’s best loved tourist attractions, with the Biltmore House, Antler Hill Village, Biltmore Winery, two hotels, multiple restaurants, and other elements enchanting adults and children alike. Asheville’s River Arts District is one of the area’s newer attractions, boasting artist studios and galleries, breweries, restaurants, and more. The Blue Ridge Parkway, French Broad River, and local national park systems attract those looking for a bit of outdoor adventure. The U.S. Cellular Center hosts events and concerts throughout the year, such as the annual Warren Haynes Christmas Jam and the Southern Conference Men’s and Women’s Basketball Championships in 2018. The Center was also the home to the Fed Cup by BNP Paribas international tennis matches in 2018 and 2019, welcoming Venus and Serena Williams; this event had a roughly $3.5-million impact on the market in 2018. This is only a sampling of the attractions that draw visitors to Asheville throughout the year.

As tourism demand has continued to climb, investors have eyed Asheville for new hotel development. Outside of the downtown core, most of the new supply has been primarily limited- or select-service in nature. New hotels recently opened near the Asheville Regional Airport, including a Holiday Inn & Suites in 2018 and a Wingate by Wyndham in 2017; a Hilton-branded property and a Hyatt Place are rumored for this neighborhood, as well. In Biltmore Village, a new Holiday Inn & Suites and a Hampton Inn & Suites opened in 2017, while a Home2 Suites by Hilton and a Courtyard by Marriott are currently under construction, opening in 2019 and 2020, respectively. Near the Asheville Outlets, the existing Hampton Inn closed to make way for the Hampton Inn & Suites that opened in 2018; the existing vacant hotel structure is being converted to a Hilton Garden Inn, slated to open in 2020. The areas just north and east of the downtown core have realized growth, as well, with a Fairfield Inn & Suites by Marriott opening in 2017 and one of Best Western’s first GLō hotels opening in early 2019; moreover, an Element by Westin is currently under construction (scheduled to open in late 2019), and a TownePlace Suites by Marriott is being developed on the north side of Interstate 240.

Downtown Asheville boasts the most concentrated growth in hotel room supply, with some of the most exciting projects to come to the market. In prior years, Downtown hotel supply was somewhat limited, with the Hotel Indigo, Haywood Park Hotel, Four Points by Sheraton, and the Renaissance Hotel being the primary offerings. The Hotel Indigo opened during the recession on the north side of Downtown and went on to represent one of the highest value hotel transactions in Asheville when it traded hands in 2015. The Aloft hotel opened in 2012, becoming one of the most popular hotels, with one of the highest occupancy levels among its competitors to this day. After seeing how well this property was performing, the Hyatt Place and Hilton Garden Inn were opened in 2016, with the AC Hotel by Marriott and the Cambria Hotel & Suites following in 2017. The Foundry Hotel, a Curio Collection by Hilton affiliate, opened in 2018 upon the redevelopment of several buildings in a historically African American neighborhood on the east side of Downtown. The Kimpton Hotel Arras, set to open in the summer of 2019, is the culmination of the total redevelopment of the iconic landmark BB&T Building, a mainstay of Asheville’s Downtown skyline. 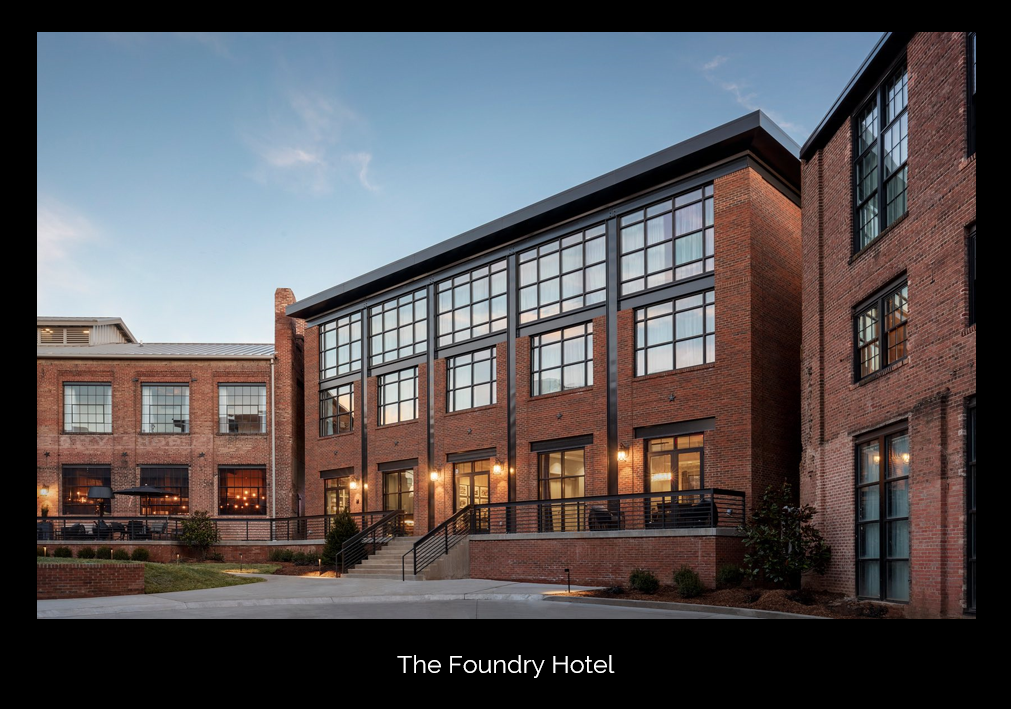 The Parisian (an independent boutique property) and an Embassy Suites by Hilton have been in the works for several years, and it is not clear when or if these projects will come to fruition. Additionally, a boutique hotel was approved in 2018 for the city’s South Slope, immediately south of Downtown; the project appears to be moving forward and will incorporate several historical homes in its design. Given the boom in hotel growth, and concerns from many Asheville residents, the Asheville City Council has noted that, while they are not opposed to continued hotel growth in the Downtown corridor, the path to approval for future developers will not be an easy one. 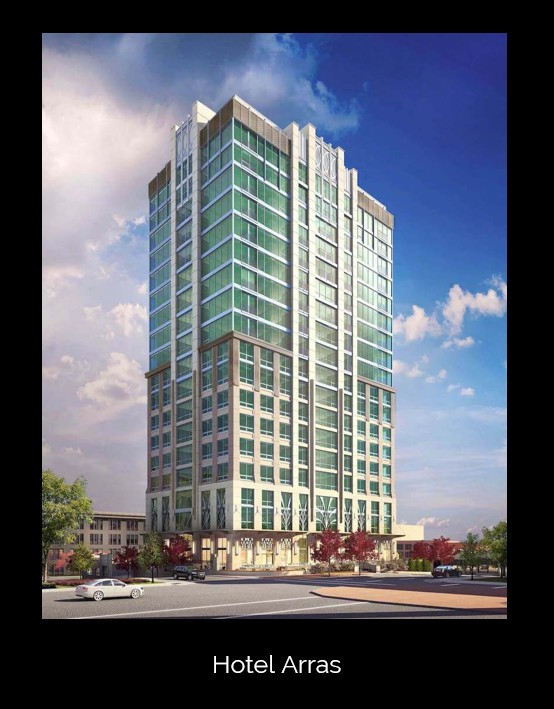 Overall, the lodging market has continued to perform well, with demand generally keeping up with the pace of new supply until 2017, at which time occupancy declined modestly. Occupancy at high-quality hotels in Downtown Asheville generally trends in the mid-70s. Average rate continues to grow, although the pace of growth has slowed as supply has increased. Rates on Friday and Saturday nights throughout the year soar at these hotels, with rates also remaining high throughout the peak travel season. While tourism remains a primary industry for the market, Asheville is buoyed by the presence of major healthcare and manufacturing employers. The expectation of demand growth should bode well for the lodging market, as well as for investors who continue to eye the region for further development.

HVS continues to regularly consult in Asheville, with the nearby office in Atlanta, Georgia, led by Janet L. Snyder, MAI. The HVS Atlanta team is ready to assist you on any consulting need you may have. Drew Noecker with HVS Brokerage can also discuss any Asheville assets you may be considering selling in 2019.

Asheville is recognized as a premier tourist destination in the Southeast U.S., and its growing and changing lodging landscape continues to reflect this Blue Ridge city’s popularity. %%ViewCount%% Views 1 Comments
Share:
Subscribe To Newsletter