Unemployment in Philadelphia remains high, though the city’s broad economic base continues to slowly recover. RevPAR levels for Philadelphia hotels are expected to strengthen in the near term, with demand outpacing recent supply additions.

Philadelphia’s remarkable place in U.S. history dates back to 1682, when English entrepreneur William Penn founded the province that would come to be known as the “City of Brotherly Love.” A century later, delegates from 13 colonies convened in Philadelphia for a series of congresses that would ultimately lead to the Declaration of Independence and the U.S. Constitution. Today, known as a seat of commerce, education, and culture, Philadelphia is the second-largest city on the East Coast and the sixth-largest metropolitan area in the U.S. Philadelphia’s hotel industry has realized improvement in the years since the recent recession and appears to be heading in a positive direction over the next several years. 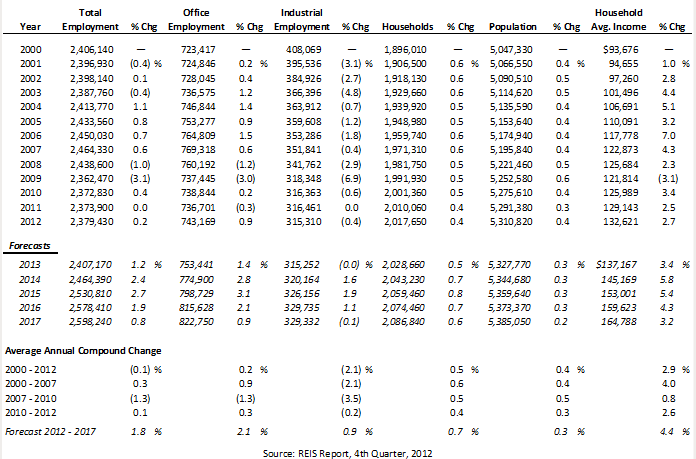 The following table illustrates unemployment statistics for Philadelphia, the MSA, the state of Pennsylvania, and the U.S. from 2002 to 2011. 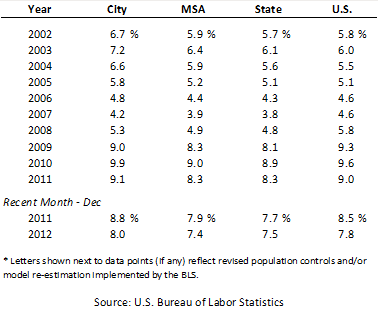 The economic base of Philadelphia is largely supported by the education and healthcare sectors. The School District of Philadelphia is the area's largest employer, and the University of Pennsylvania has an undergraduate body of nearly 10,000 students from around the nation and the globe. Admissions are among the most rigorous in the country, and the university consistently ranks among the top-ten nationwide in the annual U.S. News & World Report survey.

The healthcare industry also serves as a major economic force and hotel demand generator for Philadelphia. In 1995, Thomas Jefferson University and the Main Line Health System signed an agreement establishing a new non-profit entity known as the Jefferson Health System (JHS). Since then, other established networks have joined JHS as founding members, including the Einstein Healthcare Network, Frankford Health Care Systems, and Magee Rehabilitation Hospital. Other healthcare cornerstones include the University of Pennsylvania Health System, the Children's Hospital of Philadelphia, and Independence Blue Cross, which is the region’s largest health insurer. The breadth of economic anchors in Philadelphia and the city's growing population are expected to bolster the area's economy and buoy its rebound from the recent downturn. 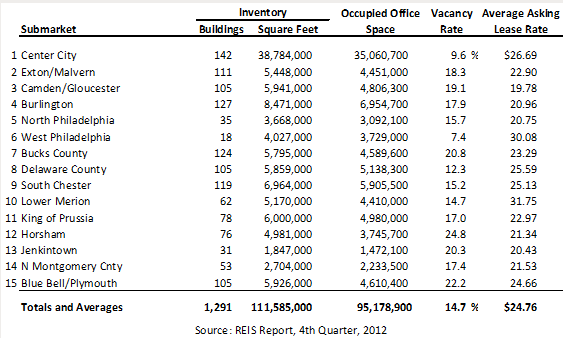 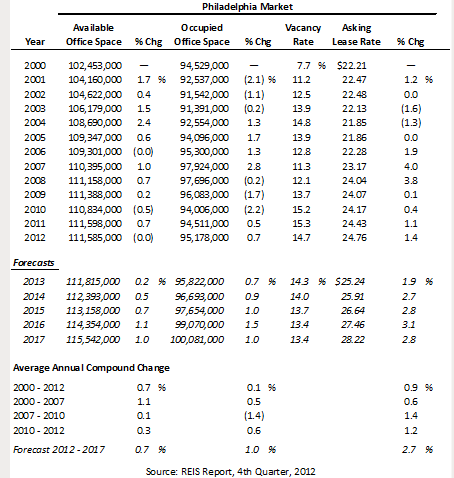 The addition of the hotels listed above, as well as several other hotel projects now in the early stages of development in the greater Philadelphia market, should have only a minimal impact on the area’s overall supply.

Outlook on Market Occupancy and Average Rate
Occupancy levels in the Philadelphia region are anticipated to strengthen moderately going forward, reflecting levels similar to pre-recession numbers over the course of the next several years as demand outpaces the additional room supply. Average rate is also forecast to strengthen year-over-year as hoteliers are continuing to renegotiate rates with corporate accounts; rates for groups and leisure visitors should also realize increases as the local and national economies continue to recover.

Conclusion
RevPAR levels for Philadelphia hotels should strengthen in the near term, particularly as existing hotels continue to drive room rate. HVS expects RevPAR to achieve a level around 5.0% over the course of the next two years, but then moderately drop off as economic conditions begin to normalize. The strengthening of Philadelphia’s diverse businesses and demand base, coupled with its historical significance and an array of attractions, should allow for continued growth going forward.

Unemployment in Philadelphia remains high, though the city’s broad economic base continues to slowly recover. RevPAR levels for Philadelphia hotels are expected to strengthen in the near term, with demand outpacing recent supply additions. %%ViewCount%% Views 4 Comments
Share:
Subscribe To Newsletter