The Quarterly HVS Industry Statistics Update shows key economic metrics that relate to the hotel industry’s recent performance and near-term forecast. The U.S. hotel market achieved 1.5% RevPAR growth for the first quarter of 2019, with economy hotels averaging the highest peak occupancy growth among the six asset classes, while upper-upscale hotels achieved the highest average daily rate (ADR). National RevPAR growth would have only registered 1.1% if San Francisco were to have been excluded from the mix; San Francisco achieved RevPAR growth of 15.9% during the first quarter of 2019, primarily attributed to strong ADR levels. HVS and STR are generally on the same page when it comes to the year-end 2019 RevPAR forecast, expecting growth to register between 2.0% and 2.3% this year. STR recently published its 2020 outlook, which notes continued stability in occupancy and a 2.2% rise in ADR. Moreover, total room supply slated to enter the market in 2019 is forecast to be 4.5% higher than in 2018. According to the Lodging Industry Investment Council (LIIC), participants are nervous about five of the top 25 markets in the U.S., from a buying perspective; however, New Orleans continues to represent opportunities for buyers. Additionally, a majority of the LIIC participants in the survey anticipate a continued increase in hotel valuations for 2019 and do not expect the onset of another recession until 2021. However, according to a survey published by the Wall Street Journal, market participants indicated that another recession could occur as soon as 2020. 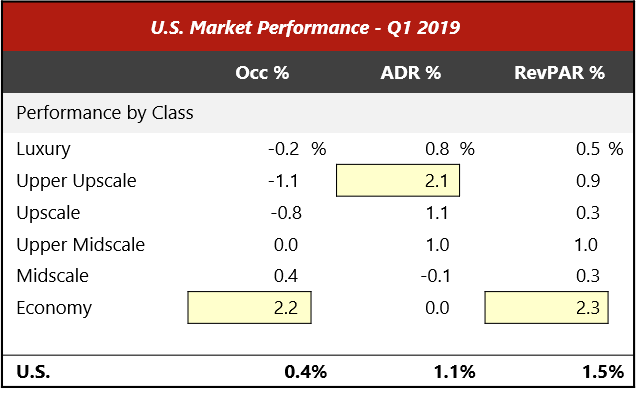 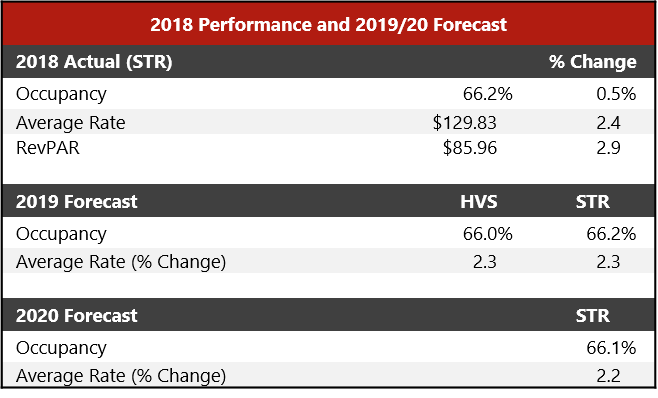 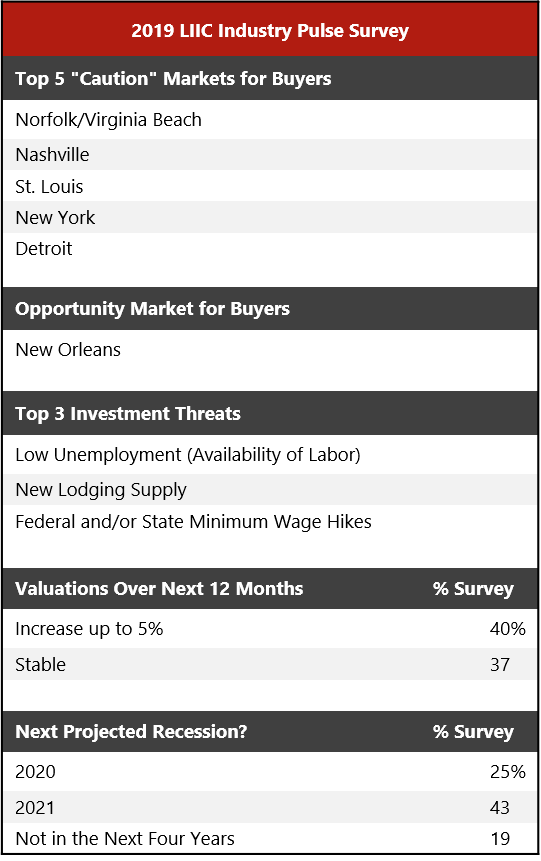