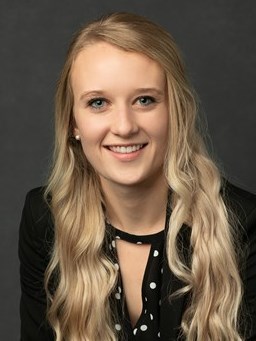 Prior to the onset of the COVID-19 pandemic, Tucson’s lodging industry was reaching new heights. After eight years of growth spurred in part by large-scale expansion at Raytheon, the relocation of Caterpillar and Hexagon to Tucson’s revitalizing downtown, and growth at the University of Arizona, performance had reached a new peak. This positive trend reportedly continued through the first months of 2020, which included the Tucson Gem and Mineral Show in February. According to Visit Tucson, this event generated $40 million in lodging revenue. However, in mid-March 2020, the hotel industry begun to be affected by the COVID-19 pandemic. As travel restrictions were enacted across the nation, internationally, and within the state (Governor Ducey enacted a stay-at-home order on March 29, followed by a series of COVID-related restrictions), companies suspended travel and groups canceled or postponed events. Locally, the Jehovah’s Witnesses convention—the city’s second-largest citywide convention—was shifted online. Occupancies dropped to historic lows as a result of the sudden dearth of lodging demand.

According to market participants, lodging activity began to pick up following the expiration of the state’s stay-at-home order in the summer of 2020, as Arizona benefited from having fewer restrictions than neighboring states. However, performance briefly declined in July as Arizona recorded the highest COVID-19 infection rates in the nation. Arizona again recorded one of the highest COVID-19 infection rates in the nation in December 2020 and January 2021, but the market was not affected to a greater degree during these months than in the months prior. Economy, limited-service, and extended-stay hotels have benefited from an influx of leisure demand from these states. Furthermore, the State of California did not permit any sporting events to be held during 2020; as a result, many leagues relocated tournaments to private facilities in Arizona, despite the closure of city and county parks in the Tucson area.

Additionally, many people chose to relocate to Tucson temporarily or permanently during the pandemic. This factor, combined with Raytheon’s continued hiring efforts and Tucson’s increasingly limited housing supply, contributed to extended-stay demand in the market. Hotels on Tucson’s south side (including the airport submarket and the Interstate 10 and Interstate 19 corridors) have benefited from expansions within the logistics and manufacturing sectors due to the growth of online shopping during the pandemic. Tucson’s full-service hotels and luxury resorts have been affected the most by the COVID-19 pandemic, similar to national trends, given their dependence on meeting and group demand and business travel, which is just now beginning to return.

Many of these trends have continued in the year-to-date 2021 period. The Tucson Gem and Mineral Show was canceled for 2021. While many of the smaller, ancillary shows still took place throughout the city, hotel operators reported demand far below typical levels. In addition, the Jehovah’s Witnesses convention was again held virtually. However, with the rollout of vaccines earlier this year and the resulting decline in COVID-19 infections and deaths, leisure demand has continued grow, and business and meeting demand are slowly returning. Furthermore, the Kino Sports Complex (which completed a $31.2-million expansion project mid-year 2020) and other attractions have begun to reopen. Our conversations with Visit Tucson, the Tucson Metro Chamber, and hotel owners and operators throughout Tucson have revealed no major shifts in demand fundamentals. Coming out of the pandemic, Tucson stands on a firm foundation for recovery.

However, Tucson’s seasonality is a major consideration in the recovery trajectory. The city has historically achieved its highest occupancy and average rate levels from January through March, when many other markets typically experience their lowest levels. This provides a unique recovery situation, as travel for the national market in the first quarter of 2021 remained significantly lower than 2019 levels given the continued restrictions and lack of commercial travel. Vaccines were not distributed en masse until the end of the first quarter, with an easing of travel restrictions and a national pick-up in travel thereafter. Given the unique seasonality of the market, as well as the return of the Tucson Gem and Mineral Show, we expect the Tucson area to realize its strongest period of recovery in early 2022.

While demand is expected to recover, Tucson also has an ample pipeline of new and recently opened supply. The Graduate Tucson opened in October 2020, and the Home2 Suites by Hilton Tucson Airport and the DoubleTree by Hilton Downtown Tucson Convention Center both opened in March 2021, bringing a total of 457 rooms to the market as the recovery was beginning. In addition, a dual-branded Hampton/Home2 Suites by Hilton is under construction downtown, and a WoodSpring Suites is under construction at The Bridges near Kino Sports Complex. Several other projects are proposed throughout the city, although the heaviest concentration of new and recently opened rooms is in the downtown area. While this new supply will need to be absorbed as the market recovers, many are optimistic that the additional rooms downtown will allow the Tucson Convention Center to attract groups and events that have historically passed over Tucson given the limited number of proximate lodging options. Other proposed hotel developments are planned in tandem with corporate expansions and office developments, such as those at The Bridges.

A final consideration in the recovery is the labor shortage that has been felt throughout the nation, particularly in housekeeping departments. On top of contributing factors like increased unemployment benefits, there has also been a reduction in the hospitality labor supply (the number of people employed or seeking employment) from pre-pandemic levels. To date, Pima County has lost 2,437 lives to COVID-19,[1] many of them in front-line and low-wage jobs like housekeeping and food service. Others have sought opportunities in other industries or left the labor force altogether over safety concerns, for higher wages, and/or for work-from-home opportunities. This shortage has translated to operational difficulties for hotels, with local operators reporting increased reliance on overtime and more expensive contract labor or even the removal of rooms from inventory due to the lack of labor to clean them.

Despite labor challenges and new supply additions, the outlook for the Tucson lodging market is positive. While it has yet to be seen whether the elevated summer leisure demand of the past 18 months is a new normal or will return to pre-pandemic levels, Tucson is home to major sources of corporate lodging demand, such as the University of Arizona, IBM, and Caterpillar, most of which have withstood the effects of the pandemic. Some have even grown, such as Raytheon, which announced plans to hire 2,000 new employees several years ago and has continued its hiring push throughout the pandemic. The recently expanded Kino Sports Complex is expected to draw new and larger sports tournaments, and group demand is expected to rebound in the second half of 2021 and in 2022 with the return of the Tucson Gem and Mineral Show and the Jehovah’s Witnesses convention. Finally, Tucson’s main attraction—its beautiful weather in the winter and spring—is expected to continue to draw travelers to the area’s hotels and resorts for years to come.

This article was originally published by TRENDreport in July 2021.

About Brittany A. Hart

Brittany Hart, a Vice President with the HVS Los Angeles office, is a graduate of the College of Business at Colorado State University. She holds a Bachelor of Science in Business Administration with concentrations in Corporate Finance and Investment Analysis. Prior to joining HVS, Brittany worked at the Embassy Suites in Loveland, Colorado, gaining experience in guest relations. Contact Brittany at +1 (970) 297-8466 or [email protected].

The Tucson lodging market was reaching new heights before the negative effects of the COVID-19 pandemic set in. What trends did the market experience during the COVID-19 pandemic? What factors are contributing to the recovery? %%ViewCount%% Views Comments
Share:
Subscribe To Newsletter