In the second quarter of 2020, metro-area Omaha hotels suffered unprecedented declines in demand, similar to most cities in the United States. With the widely available vaccines and the lifting of pandemic restrictions in early 2021, we explore how the city’s recovery has begun and look at the long-term outlook for the market. We also examine recent trends in the Downtown Omaha hotel submarket relative to the overall Douglas County hotel market. 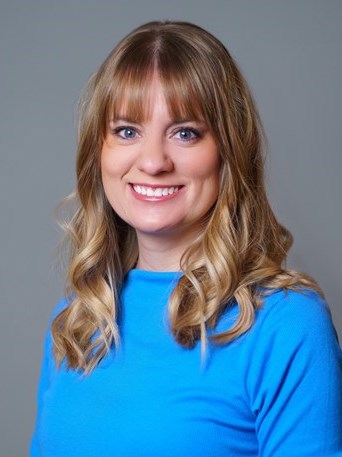 Amid a worldwide pandemic, the lodging industry has been facing a downturn that is greater than the past two lodging-market declines combined. According to STR, Downtown Omaha occupancy levels fell by 53% in 2020, while ADR contracted by 20%. This resulted in the lowest hotel performance metrics for this market ever recorded by STR, with RevPAR dropping roughly 63% in 2020. Similarly, in the greater Douglas County area, annual RevPAR declined approximately 54%, according to county-collected data. With occupancy levels falling to single digits in April 2020 and nearly all group events postponed or canceled in the second quarter of 2020, several of the downtown properties temporarily suspended operations during the second quarter of 2020.

Major factors contributing to the recent trends are summarized as follows:

Looking beyond 2021, several development projects are ongoing in Downtown Omaha that will enhance the attractiveness of the submarket for visitors, as well as potential new employers and residents.

As noted previously, RevPAR declined more significantly in Downtown Omaha than it did for the greater Douglas County market in 2020. The Downtown submarket accounts for roughly one-third of the hotel room nights in Douglas County but is much more dependent on large group and meeting business, driven in part by the CHI Health Center. This meeting and group business essentially evaporated in 2020.

The graphs below illustrate the 2021 RevPAR levels for Douglas County and Downtown Omaha, indexed against the 2019 benchmark RevPAR levels for those same submarkets, showing the monthly indexed data through June 2021, as well as the cumulative year-to-date index. 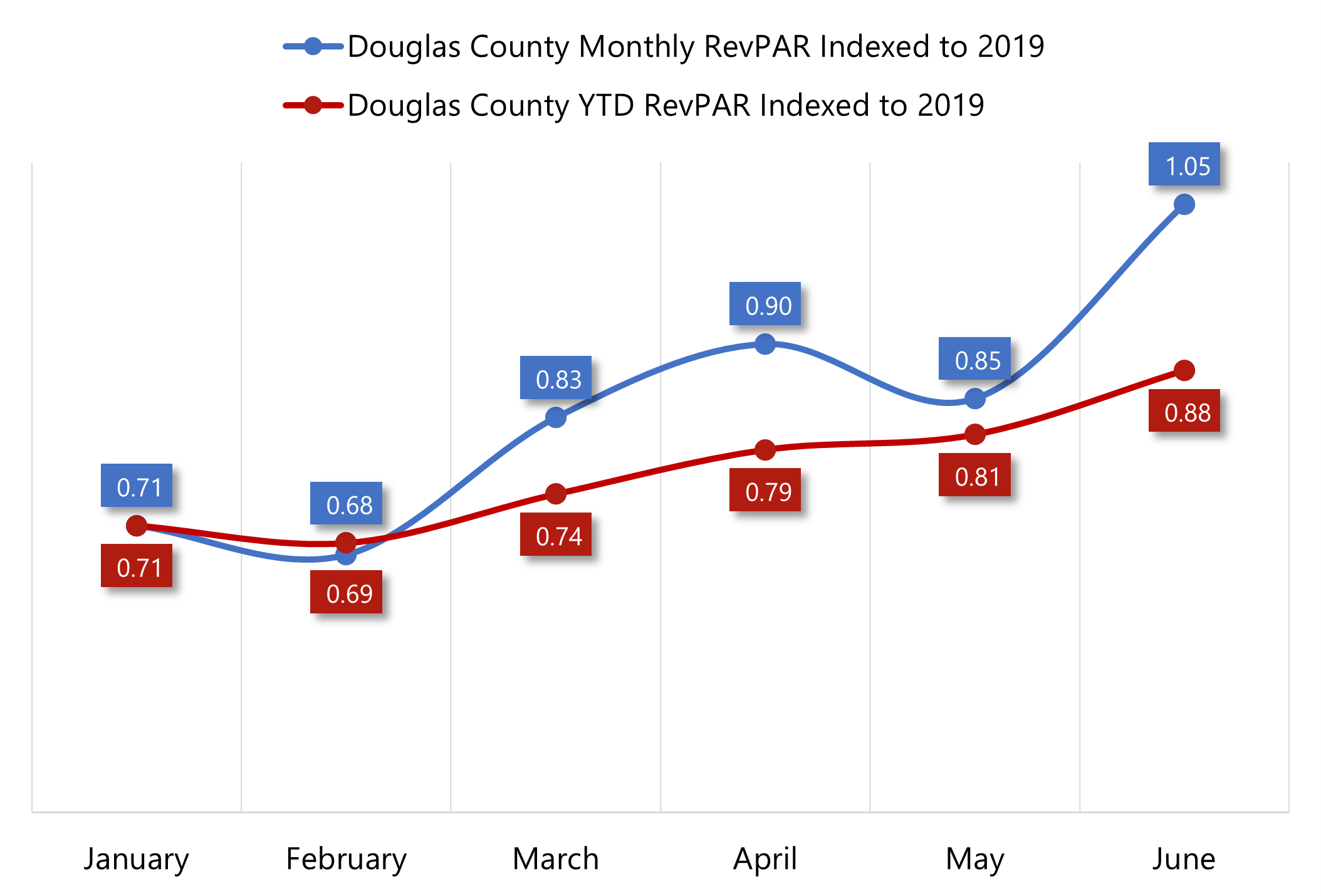 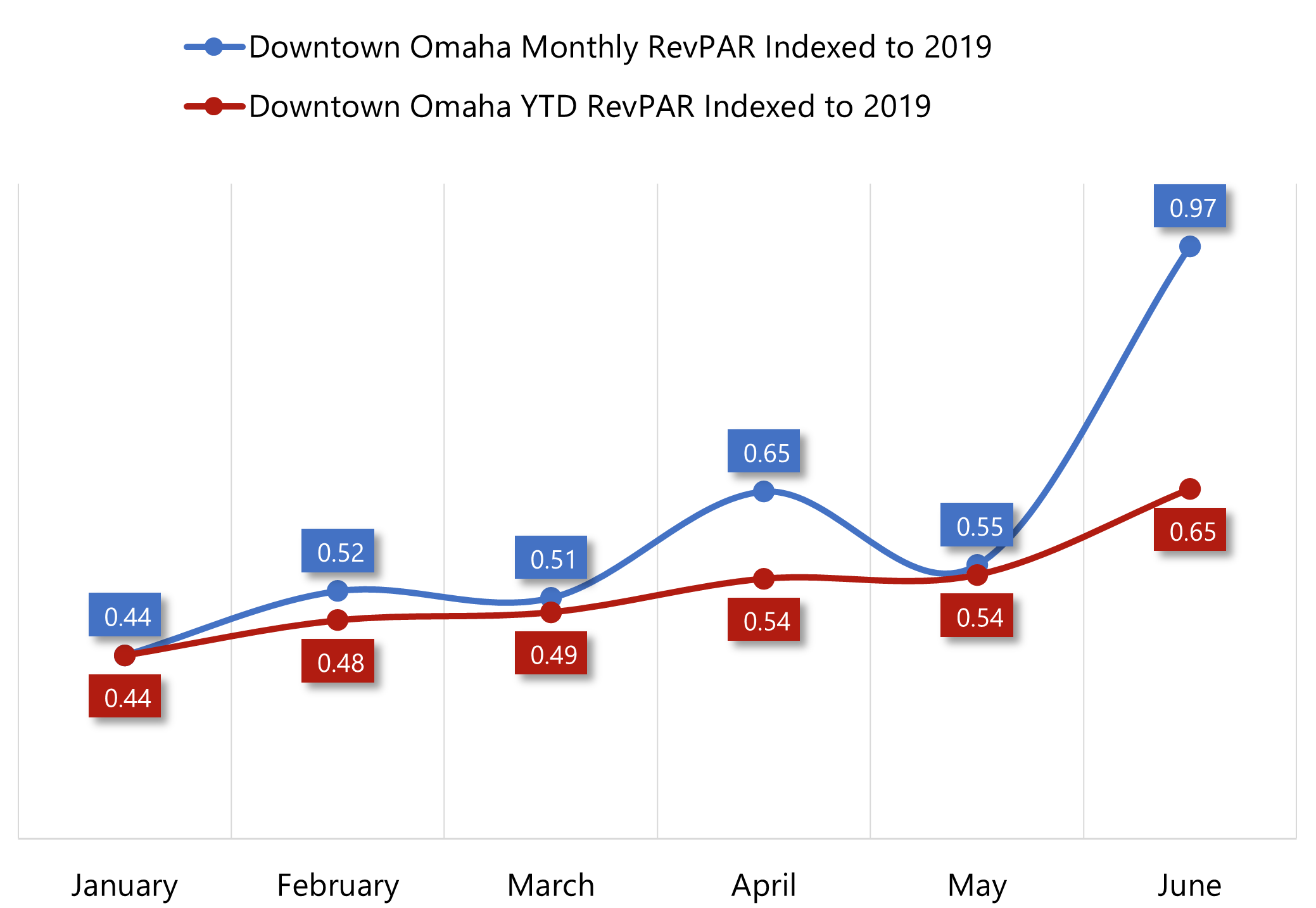 While the Omaha hotel market has not escaped the severe impact of the COVID-19 pandemic, it is well positioned for a healthy recovery once the pandemic is suppressed and corporate travel resumes. As consumer sentiment and confidence improve, new upscale hotel supply, a reconceptualized Gene Leahy Mall, and new attractions, including the new concert venue and the science center downtown, should help attract regional visitation. Given that the indoor public mask mandate expired in late May 2021, all local and statewide restrictions related to the COVID-19 pandemic have been lifted. We continue to monitor the various factors influencing the outlook for the Omaha lodging market, including regular conversations with participants in the regional market.

As the HVS Practice Leader for the Midwest, Dan McCoy, MAI, oversees the firm's seven offices in this region. A Senior Managing Director at HVS, Dan is a recognized thought-leader, collaborative advisor, and invaluable resource for the Midwest's lodging industry. He combines a deep understanding of regional hotel markets with strong analytical thinking to provide a wide variety of clients with up-to-date hospitality intelligence and tailor-made solutions. Dan is a Designated Member of the Appraisal Institute (MAI) and a certified general appraiser. Contact Dan at +1 (970) 215-0620 or [email protected].

In the second quarter of 2020, metro-area Omaha hotels suffered unprecedented declines in demand, similar to most cities in the United States. With the widely available vaccines and the lifting of pandemic restrictions in early 2021, we explore how the city’s recovery has begun and look at the long-term outlook for the market. We also examine recent trends in the Downtown Omaha hotel submarket relative to the overall Douglas County hotel market. %%ViewCount%% Views Comments
Share:
Subscribe To Newsletter